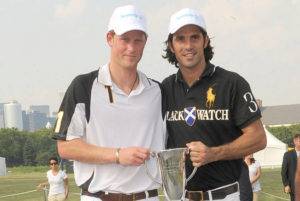 On June 27th, Veuve Clicquot once again had the privilege to welcome HRH Prince Henry of Wales during his second formal visit to the United States at the third annual Veuve Clicquot Polo Classic, which took place on Sunday, June 27th on New York’s historic Governors Island.  The charity polo match benefited American Friends of Sentebale, a U.S.-based charity that supports at-risk children in Lesotho, Africa.  Sentebale was co-founded by Prince Harry and Prince Seeiso of Lesotho in honor of their mothers, Diana, Princess of Wales and Queen ‘Mamohato, respectively.

Prince Harry’s Black Rock team, captained by Nic Roldan of Piaget, faced off against the rival Black Watch team, led by renowned Argentine polo player and the internationally recognized face of Ralph Lauren’s Polo Fragrances, Nacho Figueras.  The two teams with four players each went head-to-head during four chukkas, or play periods in the fast-moving 70-minute match that enthralled the crowd of close to 14,000 spectators. A nail-biting 5 to 5 tie was broken at the end of the match when Black Watch captain Figueras scored the winning point, making the final score 6-5. 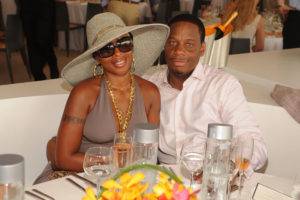 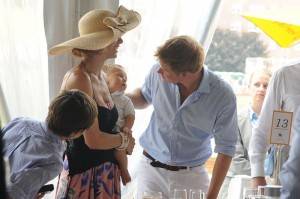 Veuve Clicquot partnered with  (USHG)HHH on the exquisite Polo lunch menu that was curated by Michael Romano, chef/partner of Union Square Café and culinary director of USHG. Piaget served as the official timekeeper for the event and presented the winning team with its new Piaget Polo FortyFive timepiece.  Ferrari California, the official automotive sponsor of the event, offered VIP guests a unique driving experience program. The event was emceed by Alexander Gilkes.  The national anthem was sung by Regina Wilson from the New York Fire Department.  Kedge Martin, Chief Executive of Sentebale, provided the ceremonial toss-in to start the game.

Over 12,000 public spectators, there to celebrate the official opening of the Governors Island season, attended and joined in the half-time tradition of stomping of the divots.  The public spectators indulged upon food specially created by USHG’s Blue Smoke and El Verano Tacqueria.