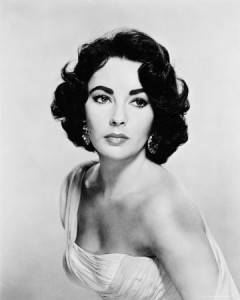 On this dreary NY day, my heart is broken to hear of the passing of the beautiful, feisty, fun, saucy, valiant, down-to-earth, and amazing Elizabeth Taylor. There simply was no star more glittering and no woman more caring and true.  Elizabeth was so integral in my childhood and Life that she felt like family.  The star of my favorite film “Giant”, Elizabeth was like an Aunt even though I never had the fortune to meet her.   Our paths crossed only twice in Life.  In college, I had a friend who’s Mom worked in the Taylor/Warner household and he was fortunate enough to spend tons of time with Elizabeth.  He told me of her great bawdiness and how she was so wonderfully real and down-to-earth for a Hollywood legend. 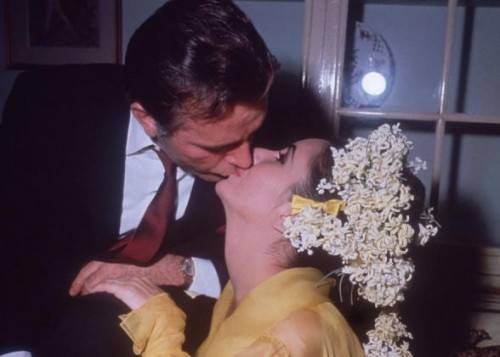 Elizabeth taught us about great Loves through her relationship with Richard Burton.  While the two were star-crossed due to his alcoholism, she never stopped loving him and the two were a testament to the possibility of finding one’s soulmate.  The letters Burton wrote to Elizabeth, which were featured in a recent Vanity Fair, were so beautiful that when I spoke with Edward Menicheschi (VP and Publisher of Vanity Fair) about them, we both got teary eyed.  The article states that Burton’s last letter, which Elizabeth kept in a drawer near her bed, spoke of coming home to her and how he had been happiest with her.  (If you missed this wonderful piece, please check it out here:  http://www.vanityfair.com/hollywood/features/2010/07/elizabeth-taylor-201007) 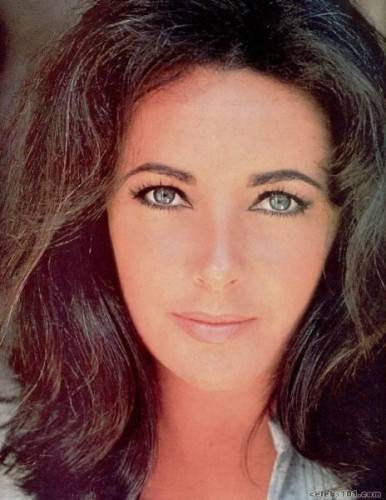 Not just one of the most gorgeous women to ever hit the screen – those unforgettable eyes! – Elizabeth’s committment to AIDS activism saved thousands of lives.  The fearlessness she showed in her early support of people with the AIDS virus can never be forgotten.  A woman of great strength, it was so courageous of Elizabeth to stand up for her friend Rock Hudson, when he was stricken with the virus at a time when people were still confused and in fear of it.

She was also always accessible to her public.  When I recently tweeted my support of  gay marriage, she sent me a beautiful personal Twitter message back.  Elizabeth is the end of an elegant era and we will never see another like her.  As I miss and mourn Elizabeth today, even the the NY sky is crying.  Elizabeth lived.

TGATP’s Take On for 11/2/11: Kim Kardashian’s Sham Marriage and Other Annoying Folks