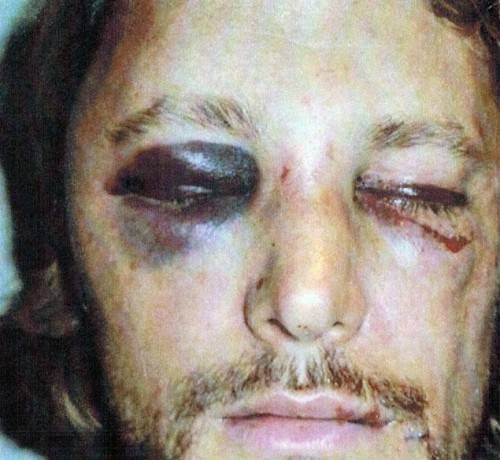 What a mess the celebrity world made of what should be the start of a loving Happy season!   A lump of coal in the stockings of these celebs and hangers on, who behaved very badly this season!

1. Halle Berry and Olivier Martinez vs. Gabriel Aubry – I am firmly team Aubry on this one as his face tells the story of who was the most of off control.  In addition, Halle needs to just stop the madness!  There are a gazillion women and children in the world, who are just dying for a man to be a Father to the children he co-creates.  Aubry’s efforts to remain in his daughter’s Life is admirable and she needs to stop and think of her child first.  Little girls who grow up without loving Daddies end up with all manner of mental problems.  Let Nahla have her Dad.  And further, this was obviously a set-up.  It came just days after Berry’s attempt to move her daughter to France were legally thwarted, which is very FISHY.  Everyone needs to stop this madness and think of what is best for the little one.  Purportedly, this has been settled.  But I’m not so sure we won’t hear more crazy from this lot.

2. Katt Williams – Katt is giving a new meaning to “bad Santa!”  Leading police on a high speed chase, slapping a Target employee and then starting a bar room brawl..just WTF?   Were “bath salts” or crack on his Thanksgiving menu?!  What next?  Eating someone in a parking lot?

3. Lindsay Lohan – Another night another Lindsay Lohan arrest.  Lindsay stay your stupid ass in your house!  Only a complete loser could get arrested after a Justin Bieber concert.  Lindsay seems to be adhering to the old adage that “any press is good press”.  And a double lump of coal to all the idiots that allowed Lindsay to make a mockery of Elizabeth Taylor!  Hell, Kim Kardashian would have been better casting.  At least, Elizabeth liked her.  “Liz and Dick” made “Mommy Dearest” look like a loving tribute!  But at least, we’ll get YEARS of camp classic viewing nights outta this mess.

4. Rhianna – Going back to a man (and I use that word more sparingly than I have ever used a word before) who beat you up sends a dreadful message.  All I have to say is when he beats your ass again (and he will) expect people to think you deserved it.  It’s sad but unless you have respect for yourself, you can’t expect a manchild or anyone else to.  What a waste of youthful energy and beauty!

5. Mourners at Hector “Macho” Camacho’s funeral – Purportedly a current Camacho gal pal and a new one got into a brawl at his East Harlem funeral!  What that?  Whether he loved one woman more than the other is totally irrelevant now.  He’s dead!  The extent of his affections will be reflected in the will, no matter where you sat in the damn church.