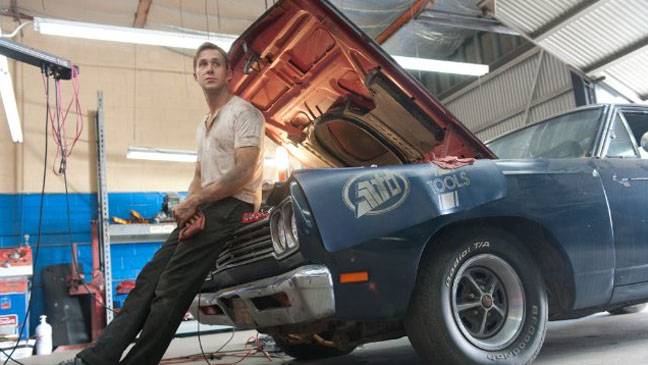 Directed by Nicolas Winding Refn and starring Ryan Gosling and Carrie Mulligan, Drive is the best film noir of the new milleninum and one of the best films of the year!  Set in the seedy underbelly of LA – the side of town where most Angelenos live that we rarely see in films or on TV – it is craftily slow paced which heightens the tension to an agonizing degree.   The story is classic hard-boiled noir – guy meets girl, girl has issues, guy helps out and finds himself  in a heap of   violent trouble!  In the beginning,  Gosling seems a tad bit too aw shucks and grinning as Driver, and comes off almost savant like.  But as the story progresses, his character emerges as the classic tough guy with heart.   By the end of the film, you wish he could’ve just minded his own business.  However, as with all noir characters, his destiny is set.  He is a man of action, not words. The silent longing between Driver and Irene (Mulligan) achingly resonates with anyone, who has ever fallen for someone, that they know they can never be with.  The entire cast is perfect.  Mulligan is totally believable as the young mom struggling to make ends meet and Bryan Cranston is excellent as the luckless auto shop owner with bad associations.  But the biggest surprise is Albert Brooks who portrays one of the evilest gangsters to ever hit the screen.  I may never shake hands with anyone again!

Despite the title, there is only one really great car chase in Drive.  This is a character driven tale and very slow paced, so don’t go in expecting tons of action.  In addition, Drive is not a film for the faint of heart as it features some shockingly gory kill scenes.  However, for any serious film addict, Drive is the first must-see of the Oscar season.  I predict Oscar nods for Refn, who won best director for Drive at Cannes, Brooks for Supporting Actor, Drive for Best Movie, and maybe even, Gosling for Actor.