I have loved the Halloween franchise since the very beginning 43 years ago and the new one rocks! Halloween Kills is now my second favorite Halloween movie after the 1978 original.

The story picks up right were we left off in the 2018 reboot with Michael Myers trapped in the fire raging at Laurie Strode’s house. But as an injured Strode is whisked away in an ambulance, firemen unknowingly release Michael from his fiery death. This sets off an unparalleled Michael Myers Halloween killing spree.

Far darker in tone with more brutality than previous films, Halloween Kills is truly terrifying. I had to keep my friend on the phone while I walked home from the screening and check my house when I got home. 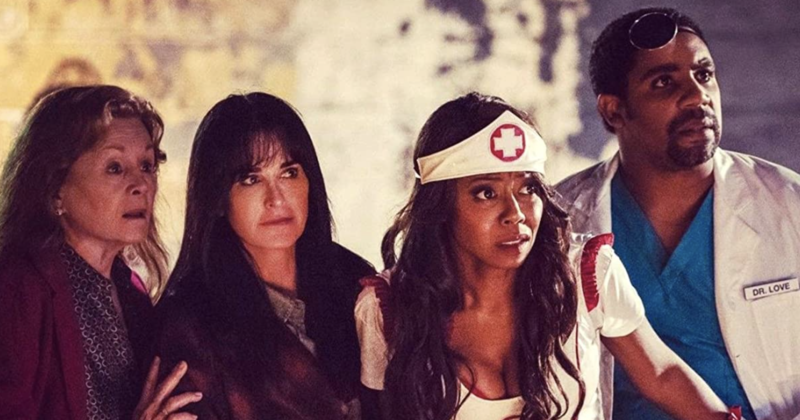 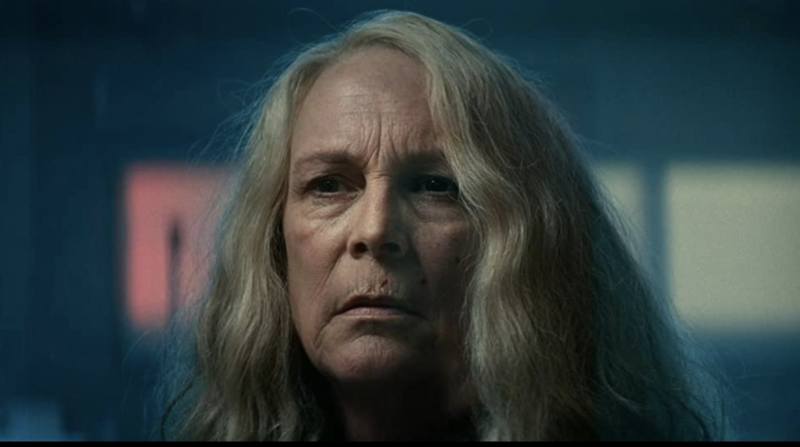 It is great to see cast members from the 1978 film reprise their roles including Kyle Richards, Robert Longstreet, Victoria Paige Watkins, and Nancy Stephens. But, of course, Jamie Lee Curtis is still the Queen of Scream and steals every scene she is in.

There were the usual number of idiot moves on the parts of the residents of Haddonfield. Like, if you knew you lived in the house where a brutal murder had occurred and there was an evil serial killer on the run, would you really run upstairs towards noise or just run out your front door that is right in front of you? And there are also cliche moments when victims throw down their weapons or only use them once. Plus, Michael walks slowly, why aren’t people RUNNING and FAST??? And finally, Michael has been getting back up for 43 years. If I had him on the ground unconscious, I would definitely not just walk away! It made no sense that the community didn’t properly kill him. But then there would be no
Halloween Ends in October 2022 and I can’t wait for that!