Dispatches From The Occupation, Featured Items, Opinion
August 16, 2017
by That Girl At the Party
0 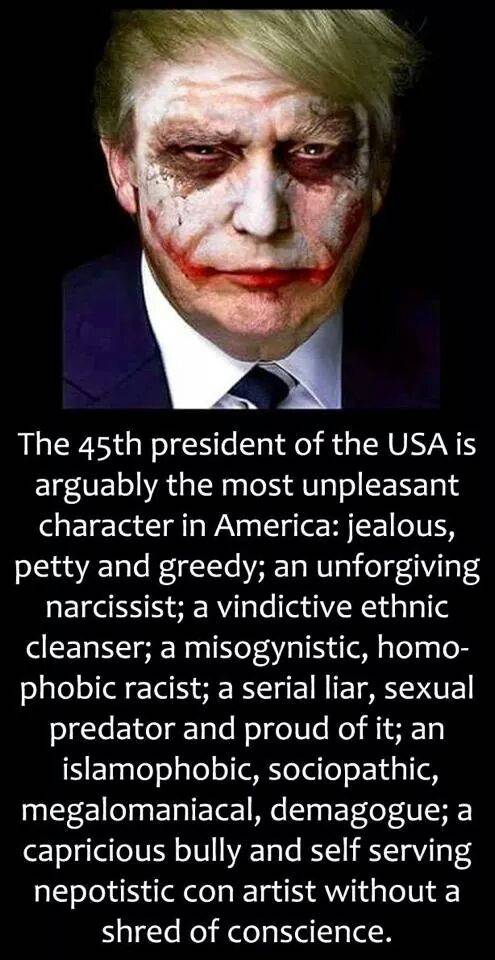 Just when the world thought that Donald J Trump could not be any more odious, he basically put a hood on! Tuesday August 15th, 2017 will mark the day when, for the first time in history, a sitting US President declared his allegiance to Nazis, the KKK and white supremacists on the record. And for that reason, I declare that Trump is the most abominable and despicable man to ever set foot in our White House. This was not an easy feat to achieve as there have been some truly odious people in the past. Andrew Jackson comes immediately to mind with his brutal massacres of the Native American people, including presiding over the Trail of Tears. Woodrow Wilson invited klansmen into the White House for a screening of “Birth of A Nation.” There was also the criminal and paranoid Richard Nixon, who Trump makes look like a saint. To justify confederate monuments, Trump had the sheer stupidity to claim that George Washington and Thomas Jefferson were slave owners and yes, they were. However, while this was truly awful, they were products of their times. Trump has zero reason to be fueling the hate that he is stoking and zero reason to be attempting to return America to its hate-filled segregationist past. 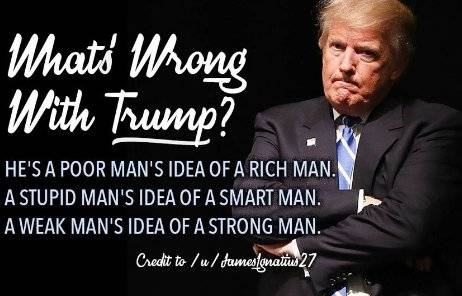 Many blame Steve Bannon, Miller and Gorka – the Nazi/KKK sympathizing trifecta of advisers infesting the White House and placing bugs in the already unhinged Trump’s ears. But they are just outside influencers to this psychopath and he hired them. Trump himself, the product of a father who was a klansman and a staunch racist, is clearly the problem. Removing Bannon, Miller and Gorka will have no effect. Because a) they will simply create back channel communications and continue to set policy. And b) Trump is a lifelong racist and psychopath.

If we had any minute doubts left about who this man is and where his allegiance lies, they were answered in yesterday’s press conference. Here it is:

Trump’s revisionist account of what happened in Charlottesville, during this press conference, is just the latest in a long list of lie filled rants. It was a clarion call to his core base, which consists of the kkk, nazis and white supremacists that collectively call themselves, the “alt-right.”. To now claim, he didn’t know the facts of the situation on Saturday, when he made his first statement, is a blatant lie. Trump is known to watch TV all day, every day. He clearly knew what had happened and that David Duke was there. The alt-right is his core base and his chief strategist Steve Bannon is the media leader of the alt-right. So to claim he did not know what it is was an obvious lie. 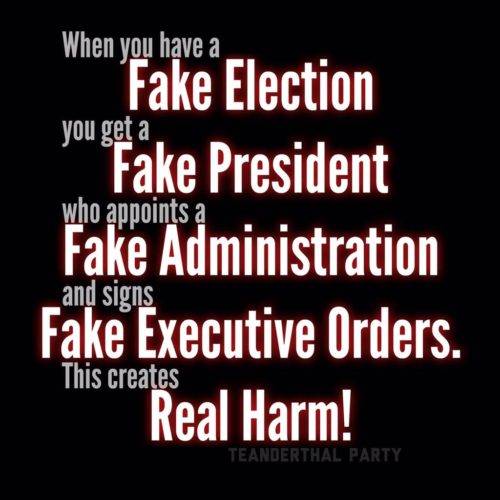 With Jeff Sessions, a known racist and white supremacist also placed in the Department of Justice, all Americans, especially those of color, are endangered by the current administration. This is evidenced by the lack of policing during the demo and subsequent action, on the part of the DOJ, after. The killing of Heather Heyer and attempted murder of 19 people is a clear hate crime. Why is the DOJ claiming that it is being investigated? Can anyone imagine if a member of Black Lives Matter mowed down and killed 19 people? Or made the sick comments that white supremacist Cantwell makes in the Vice segment above? Imagine if any black man made comments stating that there would be more deaths? The blood of Timothy Caughman, Ricky John Best, Taliesin Myrddin Namkai Meche, Richard Collins, Heather Heyer, Lieutenant H. Jay Cullen, Trooper Berke M. M. Bates and anyone else, that these hatemongers kill in the future, is on the hands of Donald Trump and the GOP now.

As the Trump/Russia investigation heats up, I worry for our country and the world. I believe that Trump  knows he is going to be impeached and possibly indicted over his collusion with Russia in the 2016 election. Thus, he is trying to start an unholy war – I hate the word “civil”. There is nothing “civil” bout war – here at home and a nuclear one on foreign lands. I call on the GOP to end this ridiculous train wreck before we are too far over a cliff.

Kimera Koffee Gives You A Kick And A Vitamin Boost

Feed Fortify And Finish With Jane Iredale For Fall