Dispatches From The Occupation, Opinion
May 17, 2018
by That Girl At the Party
0 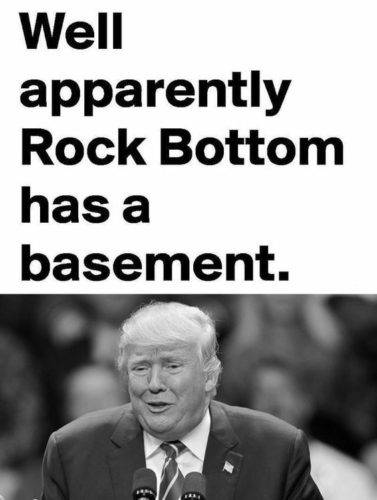 The most glaring and annoying result of the current infestation in our White House – it’s not an administration – is the complete lack of any vestige of human decency. The recent comments from a ignorant White House communications staffer regarding ailing Senator McCain that “his opinion doesn’t matter, he is dying anyway” was just the latest example of the heartlessness and psychopathic makeup of the Trump infestation. While this was certainly low and I was greatly angered by this insensitive barb directed at an American Hero, I disagree with Joe Biden that it represented the Trump infestation hitting “rock bottom”. Trump has never been anywhere but rock bottom and has surrounded himself with bottom feeders in every position, big and small. 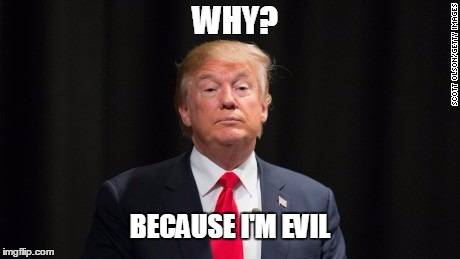 Once he was installed in our White House, Trump and his infestation never crawled out of the cesspool they reside in. Through constant lies told by the entire infestation, especially the daily public lie vomiting of Sarah Huckabuck Panders, a new rock bottom is hit daily. From calling Neo Nazis and KKK nuts that murdered a young woman“fine people” to continually trying to twist less developed American minds to believe that his own Republican Department of Justice is somehow against him to calling African nations “shitholes” to lying about a relationship with Stormy Daniels and other women, Trump never leaves rock bottom. 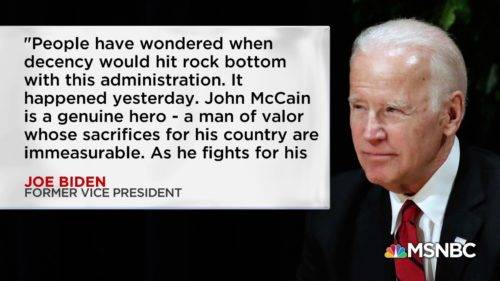 But even worst, than what the Emperor with no clothes and his demonic, enabling minions are saying, is the evil they are wreaking on the US and the world. While the mainstream media continually chases after every shiny object the Monster-in-Chief dangles, the real villians – the GOP Congress are hard at work dismantling everything that helps hard working Americans and children  so they can afford their rich peoples’ tax cuts. Eight months after the hurricane, Puerto Rico STILL has not been properly rebuilt and people are dying from neglect. Flint Michigan STILL doesn’t have clean water and this infestation is rolling back regulations that protect the water supply and the environment in the entire US. Trump is also still trying to take our healthcare away while his GOP Congress is chafing at the bit to privatize the VA and Social Security.

In the same week that all the attention was on the John McCain statement, these maniacs committed numerous heinous acts. First, Smeigel lookalike, Jeff Sessions has announced that they were going to be ripping immigrant families, fleeing persecution in countries like Venezuela, apart. He has promised to take children away from their parents at the border and throw the parents in jail. And John Kelly basically insulted all immigrants AND rural Americans, including those that constitute Trump’s core base, insinuating that they are ignorant and unable to “assimilate” into American society. The actual people. who have not been able to assimilate into the spirit of American decency, are Trump and his coven – it’s not a cabinet!  This week, braindead Ben Carson announced a plan to triple the rent on low income housing for the poorest households. Over 2.3 million already struggling families would be affected and plunged further into poverty. In addition, in Louisiana, thousands of elderly and disabled residents are set to be evicted or lose their home care due to Republican federal and state Medicaid cuts. Eviction notices have already gone out with these people set to lose their homes by July 1st, if something is not done. All this is being done to make up some of the money for the rich peoples’ tax cut.

So sorry Joe, I get you were upset. But the Trump infestation, long ago, proved that they will never do or say anything that is not indecent, cruel and rock bottom.