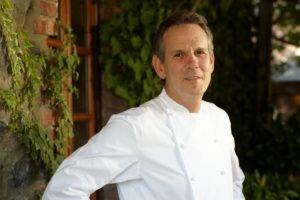 In the current Golden Age of American Cuisine, Thomas Keller is a Midas. With humble beginnings as a cook in a Palm Beach restaurant managed by his mother, Chef Keller has earned seven Michelin Stars between the French Laundry and Bouchon restaurants in Yountville, CA and Per Se in New York. His cookbooks, The French Laundry, Bouchon, Under Pressure, and Ad Hoc at Home are decorated with awards and cherished by home and professional cooks. He has mentored a new generation of leading American chefs including Grant Achatz of Alinea in Chicago and Eric Ziebold of DC’s City Zen.  Thomas Keller has heightened the standards of excellence in the pursuit of perfection.

At the 2010 StarChefs.com International Chefs Congress Chef Keller will take the Main Stage with fellow heavyweight chefs Dan Barber (Blue Hill), and David Kinch (Manresa), as well as writer Michael Ruhlman (Ruhlman.com) in the Keynote Panel, Creativity: Art v. Craft. Ruhlman will moderate the chefs’ discussion on the role of creativity in the culinary arts and the ways in which art and craft come into play. The dialogue will touch on the related tensions in the industry and will strive to bring attendees to a common ground. The panel will conclude with a discussion about the future of creativity, art, and craft in cooking, followed by a question and answer session with the audience.

The Star Chefs International Congress is the best NY food event of the year and not to be missed!  To purchase tickets for the International Chefs Congress, visit www.starchefs.com/icc/tickets. More details on chef demonstrations, hands-on savory, pastry and mixology workshops, wine and business seminars, competitions, and the Product Fair can be found at http://www.starchefs.com/cook/ICC-2010-schedule.