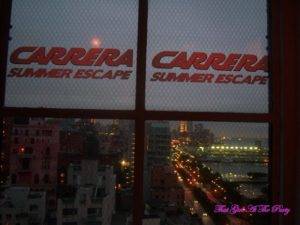 My weekend spent at the final Carrera Summer Escape was so perfect that, it felt as if it had been planned, especially for me!  Every aspect of the parties was brilliant.  The Ramscale Studios lent a completely differently feel than the Cooper Square Hotel. This weekend felt like being invited to your friend’s weekend beach getaway and having him throw you a party, while the former locale was like being at an awesome beach house/frat party!  This was event planning at it’s best, as it was two different locales, but both were equally fabulous and inviting.  Although I didn’t think it possible to best the first event, the second one was even better and more chill and laid back. 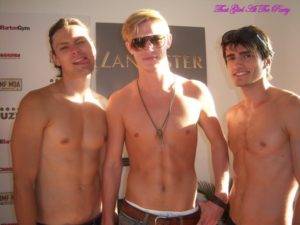 Each day was kicked off with a yoga session provided by David Barton Gym followed by an entire day of partying!  The food from Go Caterers was served buffet style and there was tons of it all day, so there was no tacky tray diving.  Café Bustelo was on hand with coffee-flavored ice cream and incredible smoothies made with Café Bustelo and Patron!  Libations were sangria made with red wine from Carlos Rossi, Fuze based cocktails, and Bud Lights.  As there was sunning on the rooftop, guests were provided with tanning sprays and lotions from Lancaster. As an additional party favor, we were also given a choice of either CK One or CK Summer. (My spies told me that one woman brought two large totes and literally took entire shelves full of stuff on Saturday, which was so trashy.  She actually had the nerve to come back the next day with a huge bag, but was escorted out before she could strike again!  One of her male cohorts was even tacky enough to try to COME BACK and grab stuff even after being walked out!  I mean, honestly people!  If  you manage to get into events to which you are NOT invited, the least you can do, is be gracious and thoughtful of the other guests!) 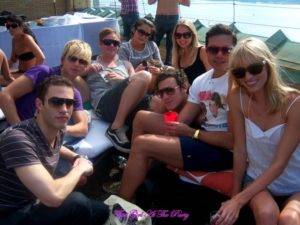 Once again the lovely hostesses from Townhouse Spa signed folks up for treatments, provided a realistic wait time, and then searched them out if they were not on hand when their names came up.  I got a really fun multi-colored manicure on Saturday and the most amazing massage ever on Sunday!  (Alex was so sensual, and thorough that I just wanted to kick everyone else out of the room!)  DJ Mia Moretti was back on the decks joined by DJ Wade Crescent.  And Caitlin Moe made another appearance electrifying the audience with her violin stylings. 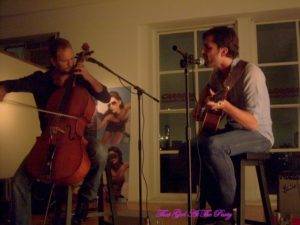 In addition, the new idea of ending the parties at sundown with acoustic performances staged in the low lit living room setting, was the ideal way to send guests home on a relaxed note.  The bands Papercranes (which featured Rain Phoenix), Diego Garcia, and Your Vegas were all equally amazing.  I highly recommend all three as additions to your Life soundtrack.

All in all, this was one of the best events I have ever been fortunate enough to attend!