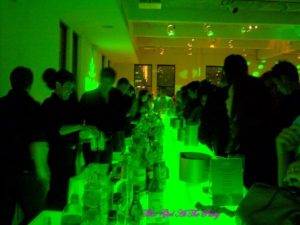 The Heineken/Wilson sponsored USTA US Open Players party was the formal start of this sporting week.  Although officially hosted by Venus and Serena Williams, James Blake and Andy Roddick, the absent players seemed to all be more focused on their game rather than partying.  James did the carpet but skipped the fete, which is understandable, as he had just hosted the FILA party the night before.  Only Venus actually came into the VIP area.  Unfortunately, she only stayed for a hot minute and was not very accommodating to her party going fans.  As I have always heard wonderful things from other people who have encountered her, I hope this was a rare off night and that she is just focusing on the win.  Fortunately, there were lots of other beautiful and fun people who made the evening more celebratory.  Penn Badgley was in the building, as was, Emily Rossum, who still looks 18!  Met the lovely 2003 Miss USA  Susie Castillo, and a host of players including Andrea Hlavackova, and Bethanie Mattek-Sands.  There were also tons of girls who were turning the place out and could definitely wear the “That Girl At The Party” moniker.  One gal in her hot pink dress was so much fun that you just wanted to bottle her enthusiasm and two sisters were just getting down on it all night long!  In addition, there was even a whirling dervish of a dancing man who was definitely “that guy”!  The tennis crowd certainly knows how to party and I look forward to what the rest of the week will hold! 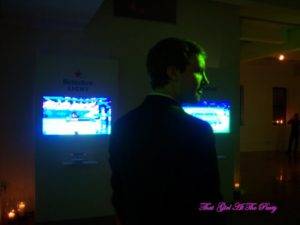 NY Observer, Fila, and Taste of Tennis - US Open Parties