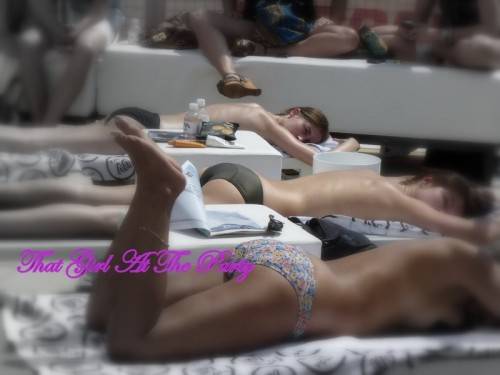 Perfectly planned, the Carrera Summer Escape parties never get stale and are my favorite party every summer!  The ultimate weekend staycation, this year’s event was held at the new downtown hotspot, the Mondrian Soho and the crowd was the usual blend of beautiful fun-lovin’ folk!   Excluding the few badly dressed crashers like Linda Kay and Suzanne Ritcher (who stick out like sore thumbs but somehow always make it past the clippers), all the guests were people that TGATP would want at our events!  Like an adult summer camp, Carrera always brings together cool people that you actually miss at the end of the event.  Made tons of new BFFs including Ashley and her girl Meaghan, Katie, the new Pop Chips girl, Patrick, a newly transplanted LA boy and Ashton Kutcher look-alike.  Patrick is a movie producer working on a project in New York.  On the way out, I made the mistake of introducing him to a drunken partygoer and acquaintance.  Talk about a mistake!  She was so out of it that she kept claiming that he needed to know her because “she was famous” and idiotically began rattling off her TV appearances!  He brushed her off and everyone started laughing at her but she kept going.   It was a sad sight to see and I was embarrassed for her.  When I mentioned it to her later, she actually had the nerve to claim that she didn’t care because she would never see him again!  I have always wondered why her brand hasn’t gone further, but now I know.  Won’t be introducing her to anyone else, anytime soon! 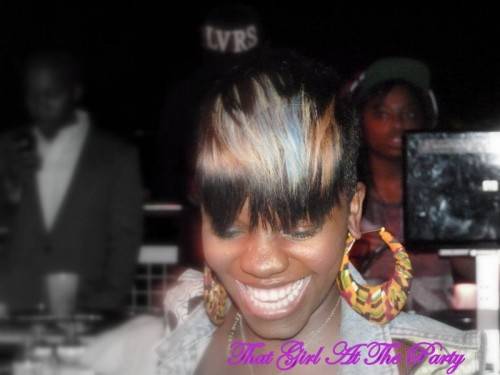 Saturday night featured a performance from Samantha Ronson’s band followed by a riveting set from Rye Rye, MIA’s protégé.  I expect big things from adorable lil’ Rye Rye, who was amazing on and off stage.  I hope to do a TGATP 20-questions with her in the near future.

Day Two was just mega chill with my friend and Fashion Week party co-host, Nole Marin and his lovely Mom Dorothy joining me for the day.  Met a hottie boxer who I hope to see fight one day and my fellow Scribe, LeAura was also in the house.  Delivering her usual booty-shakin’ set, TGATP favorite, DJ Mia Moretti kept the crowd dancing under the sun.

Thanks to Brian and his team at BMF Media/LBF, Teddy at the Mondrian, and Mother Nature, a perfect weekend was had by all!

Lisa Lampanelli in The Green Room with Paul Provenza