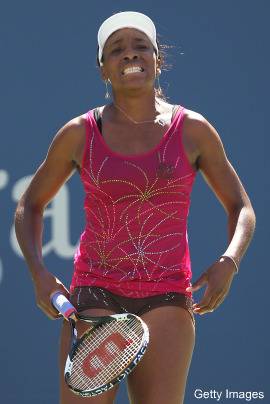 Been trying to get in some beach time before the long cold days of winter are on us, as well as working on some new TGATP ideas.  So it has been a little while since I’ve had time to do a TGATP’s Take On. But here are a ton of things that have been on my mind these past six weeks,, so check them out.

First off, I can only hope they lock Naomi Campbell up, and throw away the key, for the crime of glaring indifference!  In the very early days of her career, I was a fan.  There were so few beautiful Black women on the covers of magazines that she was a welcome and lovely face.  But the reports of multiple staff bashings, drug use, and just general erratic behavior have placed her at the top of my deplorable celeb list!  And this latest stunt takes the absolute cake!  Her appearance on the witness stand last month was like watching a modern day Marie Antoinette testify!  From her reluctance to appear  in court to her ignorance of the death and devastation that the monster Charles Taylor unleashed on the Liberian people, she has painted herself as a complete selfish idiot!   Taylor is being charged with ELEVEN counts of war crimes and crimes against humanity including murder, rape and cannibalism.  What horrible indifference to say that she was being inconveinced.  Campbell should have simply said the following:  “I want to take this opportunity to apologize to the people of Liberia for unknowingly accepting blood diamonds from Charles Taylor.  I was not cognizant o the significance of these stones and the tragedy that they represented for the Liberian nation.” This statement could then have been followed with the truth instead of the idiotic testimony that she gave.  From stating that “she only recognized diamonds in boxes” to her statement that the diamonds she received were “”dirty looking stones”, she was seemingly lying if one is to believe the the statements of both her former assistant and the far more credible Mia Farrow.  Those dirty stones costs thousands of Liberian citizens their arms, legs, and lives!  Naomi is now only a super model of how NOT to live a proper Life!

Dina Lohan needs to do a joint stint with her daughter in rehab.   She is more deluded than a crack head!  It is just awful that Linds’ mom is enabling her to be a drug addict and risking her Life for a buck.   She seemed so happy to have the spotlight on the Today Show, Extra, and other outlets to spout her confused take on Lindsay’s condition!   To actually have blamed the judge is incomprehensible.  If anything I blame the judge for not being strict enough.  Linsday needed to do the full 90 days in jail and then the full 90 days in rehab in order to give her the time needed to kick her very apparent addiction. Instead she did just days in both facilities.  And if she is going to ever heal, her first step is going to have to be to cut all ties with her enabling mom and anyone else who supports her addiction.  It is vital that only people, who support her sobriety and healing 100 percent, be allowed access to her.  Because if an addict does not have people around her that recognize her addiction and support her recovery, then she will relapse and remain an addict.

Lindsay looks gorgeous in the photos by Norma Jean Roy in the October issue of Vanity Fair.  But the interview is a litany of denials, in which she blames everyone but herself for her sorry situation.   TGATP hopes that since the interview was conducted a week before Lindsay was incarcerated that she’s gained some insight in the past six weeks.  But somehow I doubt it.  And unless it is a truly incredible script that will garner her an Oscar nomination, I hope someone talks her out of the Linda Lovelace bio pic.  Lovelace’s life was such a horrible mess that it can’t be a good idea for a recovering addict to go to those dark places.

And speaking of twits getting arrested, just to make sure the public knows that she is still an ace party girl and as not to be outdone by Linds, Paris Hilton made sure to get her ass arrested for drug possession.  Again.  Honestly, Paris!  Aren’t you a bit old for the young and stupid moniker now?  It’s time these fools started doing some serious jail time instead of these hours long spa trips for punishment!

The Shirley Sherrod debacle brought issues of race bubbling up all over the news these past six weeks.  TGATP was very happy that President Obama, during his visit on ABC’s “The View” in late August, dealt with his being bi-racial in an honest and open way.  When Barbara Walters queried him about why he considered himself African-American as opposed to “bi-racial”, he stated that he was viewed as African-American and thus is African-American.  He also explained that Black folks have always accepted the vast mixtures that we come in.  (I was not so thrilled about his unfortunate use of the word “mongrel” to describe us, but got the point.)  I found this to be one of the most honest treatise on race in a long time.  It is true that even if you are bi-racial, if you look Black, your reality will be that of a Black person irregardless of what your parents are.  Thus, for every individual, experience is determined by what the culture perceives you to be.  I went through years of racism in the film and TV industry and always thought it was because I was African-American.  Lo and behold years later, I was told that everyone thought I was Hispanic, which was an even worse!  If there were only a handful of African-American people being hired in key production positions, I never saw ANY Hispanics offered those jobs!  Thus, I was an African-American woman living the racist reality that Hispanics suffer!

Very fearful for the direction of the country if folks don’t wake up and realize that the upcoming Congressional elections are just are just as vital as the 2008 election was.   If we allow the Congress to go Republican while the White House is Democratic, then all hope for change, from the policies that plunged the country into despair, will be totally lost.  One need only look at the Congressional voting record to see that the Republican strategy is to simply vote against everything that Obama and any Democrat proposes to help us out of the financial mess they put us in, in the hope that they can win back the White House in 2012.

And finally, whatever was Venus Williams thinking with that awful pink sequined evening dress as tennis wear?!  The constant tugging at it definitely was a distraction that almost costs her the match!  I am all for bringing back the standard tennis whites, which were always elegant.  Nowadays, players look like they are coming off the streets to play matches with all manner of ill-fitting and inappropriate tennis wear on display!