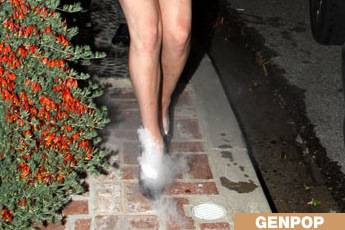 Congratulations to Obama, the Democrats, and the American People that we are finally on the road to supplying our citizenry with health care!  It was a long ridiculous road of fear-mongering, stupidity, dirty tricks, blatant lies (c’mon Sarah!  Death panels?”) and exaggerations on the part of the Republicans and right wing- nuts that is, seemingly, still continuing.  But I hope the American people are smarter than this and will realize that we need this bill.  It is ridiculous to vote “change” and then mandate stagnation!  I, for one, am sick to death (literally!) of not being able to afford proper health care!  At my last job, the pay was so low that even though we had health care, no one could really afford to go to doctors because of the co-pays.  And shame on that Alaskan wackjob, Sarah Palin and her minions, Rush Limbaugh and Glenn Beck for inciting violence against the bill’s supporters!  On Palin’s website, she has actually placed bull-eyes on the States that supported it.  Surely, this type of incitement exceeds the right to free speech in the same way that yelling “Fire!” in a crowded room does!  They should all be prosecuted for menacing and terrorist threats!

Is anyone truly surprised by the Ricky Martin gay announcement???  I mean really, how dull would your gaydar have to be to not have seen that coming for the last 20 years!

The Sandra Bullock/Jesse James story just keeps getting worse and is starting to take on Tiger Woods-like proportions, as more and more women come out to recount how they took Jesse for a ride!  My heart goes out to Sandra and I hope she has had a thorough check-up with all the skanks that Jesse was with!  Good on her for leaving and sticking to it!

And speaking of Tiger’s indiscretions, how pathetic was the Joslyn James press conference!  Your  fifteen minutes is already well up!  No one cares about your affair with Tiger anymore as everyone has moved on to the latest scandal!  What happened?  Your agent didn’t negotiate enough hush money for you?  That said, the Vanity Fair take on the whole debacle that Tiger made of his Life and reputation, is fascinating work!  While I was convinced that there couldn’t possibly be anything new to say on the whole sorted affair, Mark Seals offers a really interesting look into the early bad decisions on the part of Tiger’s father and his enabling management team that led to his ultimate downfall.  Seals also reveals the part that Woods’ ill- advised friendships with Michael Jordan and Charles Barkley played in his demise.

Much was made on various online forums about Jill Scott’s essay in Essence Magazine about her feelings on Black men lusting after White women.  I find it to be much ado about nothing and was alarmed that people were actually trying to call her a “racist” for her statements!  Now TGATP is gonna weigh in!  First of all, Jill is not a “racist” for mentioning that in our not very distant history, Black men were hung from trees for even mistakenly looking in the direction of White women.  The facts and the bodies are there.  It’s true.  There is no undoing or denying it.  My problem with Scott’s essay is not its historical accuracy.  It is that, while I recognize that history and its ongoing implications, I felt that most Black women are pretty much over that whole Black man/White girl thing.  It’s too Queen Latifah in “Jungle Fever”! In an era of everyone dating everyone, that reaction just feels dated now.  On top of that, I simply don’t care enough about the type of Black men she is describing, because they don’t care about themselves!   I have no problem with anyone dating whomever they want regardless of race, religion, or gender.  I personally have dated everything but space alien!   But these men she is talking about – the Tiger Woods, Charles Barkleys, and Reggie Bush types – who ONLY date women who are the farthest from themselves physically are obviously in need of some psychiatric help for ultra self hate.  (Maybe we need to start a clinic to cure these brothers of their anti-self addictions!) Thus, I am not at all interested, nor do I “wince” , when I see those type of Black men hooked up with some poor White woman, who is completely oblivious to her role in her man’s psychodrama!. Rather than “wince”, I give a sigh of relief that someone else is dealing with the poor guy’s insecurities and that it is not me!  Just look at where internal rage and confusion left poor Nicole Simpson!  There is frankly, nothing that TGATP finds less appealing than a man who obviously doesn’t like himself.   Self-depreciating, in that delicious English way, is one thing.  Self- hate, in the Black man-with-raging-jungle-fever way, is a whole other kettle of rotten fish!

And can someone, ANYBODY, please get Lindsay Lohan some help!  I mean, the girl is now exploding powder from her shoes!  She is well on her way to joining Heath Ledger, Brtiney Murphy, Michael Johnson, Anna Nicole Smith, Corey Haim, and tons of others in that great rehab in the sky!