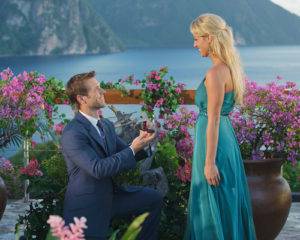 Linda Holmes of NPR, James Poniewozik of Time Magazine (he’s probably just pissed he got such a Cod-awful last name!) and Alan Sepinwall of NJ.com (who the Yahoo TV Blog dubbed a “respected TV critic” but who I have never heard of from an outlet in New Jersey!) are all critics who’s opinions I will never listen to after their critical drubbing of the The Marriage Ref, funniest new show on TV!   Contrary to their bad reviews, the show is absolutely hysterical!  The panel is fantastic and the host has a refreshingly deadpan sense of comedic timing that is rarely seen on American TV.  I love this hilarious show and laughed till I cried!  Kelly and Alec were priceless!  My favorite line, which I am storing to use one day, was “They want ice water in Hell, that don’t mean they gonna get it!” While the second episode was not as riotous as the first, the show still made me laugh at points.  These so-called reviewers must have had their funny bones removed or pre-frontal lobotomies performed!

Speaking of lobotomies, Shutter Island completely sucked!  The so-called “mind-blowing twist” ending is so obvious that I figured it out in the first five minutes of the movie and then spent the next two hours and 13 minutes just hoping than I was wrong!  A compete waste of the talents of Scorsese and DiCaprio.

Congrats to Vienna for being the first major villainess on The Bachelor and making herself much more memorable than the legions of desperate chicken heads before her.  I liked this gal from the beginning.  She was in it to win it!

I feel sorry for David Patterson as he seems to be getting a raw deal and has been much maligned every since he had to step in for the making love in his sock wearing, skank ‘ho loving, Eliot Spitzer, or as he is now forever none, “Client 9″.  Does anyone really think that former Governors Cuomo or Pataki bought Yankee tickets during their terms?  For that matter, does anyone NOT have some skeletons in their closets?  If we really search, won’t all of us (well, at least, all of us that have not lived real boring lives) have something a bit unsavory in our past?  The whole debacle is a suspect move by Andrew Cuomo and may lose the Democrats the Governorship!  Cuomo definitely needs to excuse himself from the investigation, as it is unseemly that he is running for Governor at the same time the current Governor is being accused of all manner of things.  This seems to be a ridiculous fishing expedition.  From the Saturday Night Live skit making fun of his blindness to this current nonsense, in the words of Rodney Dangerfield, this man “can’t get no respect!”

The Cablevision/ABC drama is inexcusable and unfair to subscribers  I am sooooo happy that I am not a Cablevision subscriber, as words cannot describe the bad decision to allow 3.1 million people to be switched off from ABC, especially on Oscar Day!  And this is not the first problem with Cablevision paying stations as they went through a similar tussle with Scripps Networks over the Food Network and HGTV!  The Food Network is one of my favorite channel.  So again, real glad I do not have Cablevision!  The big loser here IS Cablevision as I sure many people will just switch providers. I, for one, will be sticking with Verizon Fios!

And finally, with the arrest of Susan Williams, yet another dunderhead woman trying to hire a hit man to off her hubby and instead getting popped in an undercover sting, I have come to the conclusion that there are no real hit men left!  Hell, every third Lifetime film features a hit man sting, so Susan should’ve known better.  Thus, every TGATP reader that has getting a hit man to kill a spouse on your to-do list, give that idea up!  With every decent hit man now moonlighting as an undercover cop, nagging may be a more effective means of hubby disposal.

20 Questions (well,11) with Liam O'Maonlai of the Hothouse Flowers

Inception is THE Must-See Film of the Year!