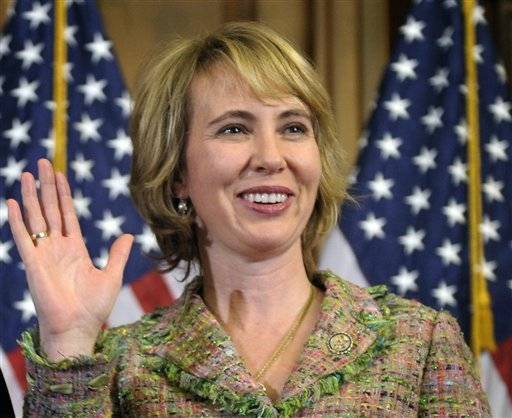 Happy New Year to everyone and may this be your best year ever!  This is the first TGATP’s Take On for the new decade, and boy, has a lot gone down this month!

First off, the awful tragedy that was the Arizona shooting.  I am in total awe of her strength and saying daily prayers for Congresswoman Giffords.  And yes, Sarah Palin you DO bear some of the responsibility for what happened!  Anyone who uses violent analogies in speech or in imagery is responsible, whether they be conservative or liberal.  If you conjure a violent image,  you run the risk of manifesting it.  It is time you apologize for the crosshairs you placed on Giffords instead of spouting a load of rubbish about “blood libels” and trying to justify an unjustifiable action by pointing fingers at others!  Apologize and be gone!

TGATP is wishing health and happiness to Ted Williams, the homeless man, plucked from the streets of Columbus, Ohio and placed on the fast track to stardom.  Sobriety is a long haul and he needs to be allowed to heal before he is thrust too far into the limelight.  Very disappointed to hear that he has checked out of rehab after less than two weeks, which does not bode at all well for his recovery.  In addition, family drama is a trigger for addicts and can keep them from getting better.  So he also needs to avoid the drama that his family is throwing his way and may need to cut them out altogether for now until he can get well.  I was very disappointed at what seemed to be Dr. Phil‘s exploitation of his family situation for ratings.

How wonderful was the story of Oprah finding her sister, Patricia!  What a lucky gal Patricia is to have a extraordinary sister like Oprah!  I love my Mom but makes me wish I could find out that I was adopted and that Oprah was my long lost sister, too!

How booooriiiiinnnnnggg is this season on “The Bachelor”!  Brad’s just too stiff and I don’t buy him.  On all the dates, it’s like he’s fakin’ it.  This season is als too analytical and no fun with visits to psychiatrists and Dr, Drew and not enough catfights or real passion.  This dude is just annoying!  And why did we have to have him twice, anyway?!  Why couldn’t the producers find another hot guy and maybe even pull from another gene pool this time?  Can we maybe have a hot Taye Diggs or Mark Sanchez type next time???

Jesse James and Kat Von D – match made in tattoo hell!  And speakin’ of couples, the George Clooney “never getting married again” line is getting old.  He needs to be honest with these multiple lookalike playthings and just admit that he hasn’t met the One yet!  EVERY man will marry the right one.  It’s become a pattern with him where he dates these gals then starts mouthing off about how he won’t marry again and then drops them.  Expect an announcement any minute that he is breaking up but “staying friends” with Elizabeth, like the gazillion other girls, who looked just like her.

Seeing Prince in concert last week awakened all kinds of dormant feelings in me.  How the hell could his two wives have left him?  Prince IS sex!  And how crazy that Manuela is now marrying Eric Benet, who I don’t find half as hot!

And finally, hoping that President Obama is going to mention the 99ers (those people who have exhausted all possible unemployment benefits but are still out of work) in his State of the Union speech.  There are far too many people, who are suffering and losing everything, due to his administration’s failure to create any jobs.  It is long past time that he and the Congress provide some relief for this growing segment of the American population.  To continue to ignore the plight of the 99ers, puts the whole economic recovery in peril and may make him a one term President.

The Daily Om and Saying Yes to the Universe

President Obama Is Back And Boy AM I Happy!