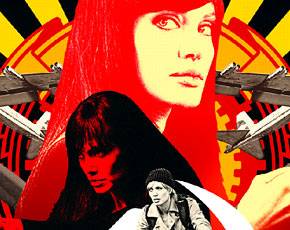 Any opportunity to see TGATP fav gal, Angelina Jolie, in kick-ass mode, is a treat.  As regular readers of this column, you know, I adore her.  But while I didn’t hate Salt, I didn’t love it either.  As Evelyn Salt, Jolie is a smart, no-nonsense CIA agent, who endures all manner of torture before settling into a quieter existence with her hubby and an adorable doggy.  (The opening scene, which the review audience saw four times due to projector problems, is not for the faint of heart.) Still a covert agent but with a desk job, her Life is turned on its head when she is suddenly outed as a Russian spy.  Concerned for the safety of her entomologist husband and herself, she flees, with the full force of the CIA  hot on her trail.

From the moment that Salt becomes a fugitive, the movie turns into an adrenaline packed, rollercoaster ride with great car chases, hardcore fight scenes, and innovative yet practical, escape methods.  I am highly impressed that Jolie performed most of her own stunts, as they are top notch.  However, plot wise the film does not break any new ground whatsoever.  From the Bourne franchise to the more recent, Knight and Day, we’ve all seen it, and done it, a zillion times before.  While Angelina describes the film as “full of twists“, TGATP found it all just too derivative and predictable.  In conclusion, see Salt for the superlative action and – although the blonde wig at the beginning was DREADFUL – a red-hot Angelina!  But don’t expect to be intellectually stimulated or in any way surprised by the outcome of the plot.