Turned into a 12-year old child at the launch of the new Indiana Jones Game for Nintendo Wii! Set in 1939, Indiana Jones and the Staff of Kings ™ follows Indy from San Francisco’s Chinatown to the jungles of Panama on a race against his nemesis, Magnus Völler, for the biblical relic the Staff of Moses. 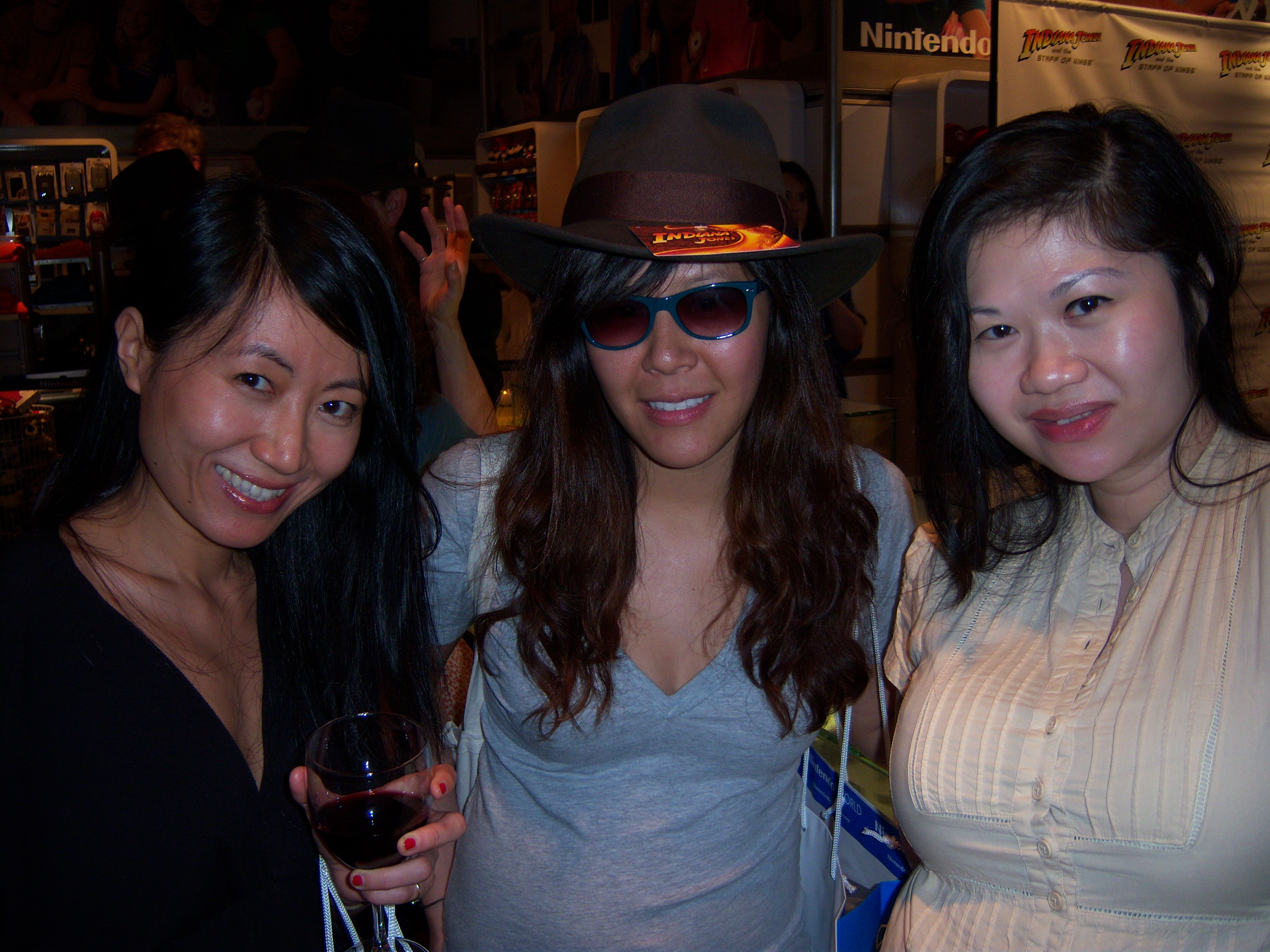 On arrival, guests were given Indiana hats and toy whips, which helped set the mood.  There were cocktails for the parents and adults in attendance and excellent catering by Thomas Preti, which included such family friendly items as mini-burgers and fries, the most delicious chicken quesadillas I have ever had, and a whole table of yummy sweets.

Got to congratulate David Alvarez, Trent Kowalick, and Kiril Kulish the three boys from “Billy Elliott” on their Tony win and they showed us a few moves on the game.  Met the wonderful Jami Floyd of Court TV (now TruTV) when I spied her juggling her family’s hats, a drink, and a pig in the blanket and offered to get her a bag.  Had a laugh with one of the Lucas Arts developers of the game when I teased him about men not really being able to measure inches accurately.

Also, in attendance were hottie Norman Reedus, (I’ll admit to a crush there!) with his beautiful son Mingus, Irina Pantaeva with her cute little one, Elizabeth Vargas with her family, Adam Yauch of the Beastie Boys with his amazingly tall 10 year old daughter, and EJ Bonilla, who plays “Rafe”, on the “Guiding Light”.

Multiple consoles allowed everyone to play the game so my friend and PR rep, Hillary and I tried it out.  We were useless!  Our Indiana just kept walking around and occasionally we managed to get him to grab a weapon.  But we couldn’t get him into any real action.  On the console behind us, I watched in amazement as Jami Floyd’s little girl had her Indy just beating the bad guys down as if she had been playing the game for years!  It’s like kids are coming out of the womb with a Wii remote in their hands.  I have a load of practicing to do to catch up!

The last, but not least, wonderful thing about this launch is that we were actually gifted with the game on the way out!  I have not been to a better or more fun and perfectly executed event in a very long time.  Kudos to Melanie and the gals at Peggy Siegal PR for thinking of everything!

Lilly Pulitzer A Colourful Cause

To Paris With Love Premiere