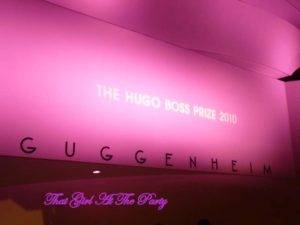 The Solomon R. Guggenheim Foundation and Hugo Boss AG announced last night that German artist Hans-Peter Feldmann has been named the winner of The Hugo Boss Prize 2010.  Feldmann is the eighth artist to win the biennial honor, which was established in 1996 to recognize significant achievement in contemporary art.  The prize carries an award of $100,000 and is administered by the Guggenheim Foundation. 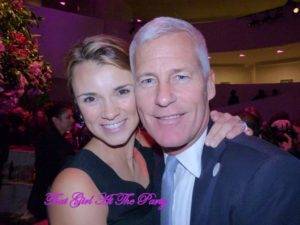 A jury comprised of a distinguished international panel of museum directors and curators selected Feldmann from a group of six short-listed artists, which included Cao Fei, Roman Ondák, Walid Raad, Natascha Sadr Haghighian, and Apichatpong Weerasethakul.  An exhibition of the prizewinner’s work will be on view at the Guggenheim Museum from May 20 through September 5, 2011. 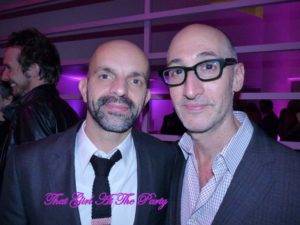 “First conferred 14 years ago, The Hugo Boss Prize now ranks among the most prestigious awards in the world of contemporary art,” said Claus-Dietrich Lahrs, CEO and Chairman of Hugo Boss. “We would like to congratulate the winner, Hans-Peter Feldmann, and thank the jury and the Guggenheim Museum for their collaboration and commitment to promoting the most significant art of our time.”

“The Hugo Boss Prize allows us to celebrate the work of today’s most innovative artists, and is firmly established as an integral element of the Guggenheim’s programming,” said Richard Armstrong, Director of the Solomon R. Guggenheim Foundation and Museum. “We are delighted that Hans-Peter Feldmann is the latest recipient of the award and are deeply grateful to Hugo Boss for its inspired support of this renowned accolade for contemporary art.”

This was one of the most slamming parties of the Fall  with an elegant crowd, delicious food from TGATP favorites, Restaurant Associates and a bangin’ dj named Sebastian from Paris. 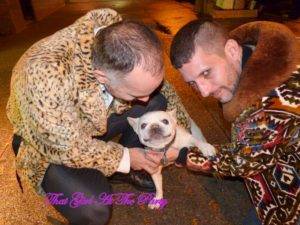 On the way  home, we had the blessing to meet the wonderful French bulldog, Humphrey, who was a complete sweetheart of a dog.  On a late night walk with his owner Elizabeth, Humphrey warmly greeted me, my sister, and two other exiting partygoers with a warm doggy smile!

TGATP Attends The CEW Beauty Awards Luncheon at the Waldorf!