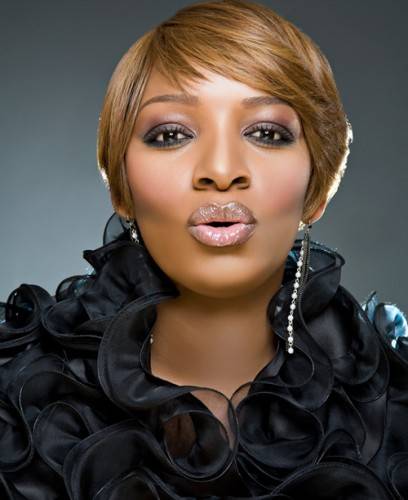 Welcome to the TGATP weekly round-up of stories and happenings that have shocked, inspired, annoyed, and amazed us this week.

TGATP is still reeling from the sudden death of the much beloved Superstar, Whitney Houston.  I send prayers out to her Mom Cissy, Daughter Bobbi Kristina, and all the members of the family.  And thanks for giving the world the chance to say “Goodbye” in what was the most, personal and dignified public funeral ever held for a celebrity.  I am particularly keeping Bobbi K in my thoughts.  Having lost my Mom just ten months ago in an equally sudden fashion, I know the numbing to the Soul grief and malaise that sets in.  I only thank God, I had quit drinking before my Mom and BFF passed, as I would’ve drank myself to death in this grieving stage.   If rumors of Bobbi K having a substance abuse problem are true, she will need all of our prayers.  Because she is going to be fighting a mighty demon while in the darkest of places.

Just saw the story of  Kristy Gaffney on The Today Show.  It seems this dolt had an affair with Emmitt Duppold, a con man who she met online.  During their affair, he alledgely stated he was a “Dupont” of those Duponts, worked for the C.I.A., and wanted to marry her and raise a child with her.  Impregnating her before getting on one knee, this union of fools produced a bouncing baby girl.  After the birth, Dippold then produced paperwork that he claimed she had to sign to confirm his fatherhood.  Idiotically, Gaffney signed the legal papers WITHOUT READING that they were taking away all her parental rights!  Well, lo and behold, it came out that this rogue and scoundrel was not “Ed Dupont”, he is Emmitt Dippold and worse, he was already happily married!   It appears that this sociopath and his crazy wife basically used Gaffney as an unpaid surrogate.  This has to be the, sickest, dumbest, and most jacked up thing, I have ever heard of!  Of course, Dippold is denying everything.  But a judge ruled in Gaffney’s favor and the case has gone to appeal.  I  hope that NONE of these people end up with this poor baby.  I’m sorry, but Gaffney is seemingly too stupid to raise a child.  Why didn’t she make Dippold marry her before having his baby?  And who signs paperwork without reading it?  Especially when it comes to one’s child.  Plus, a red flag and a loud warning bell should go off in your head anytime someone claims to be of a well-to-do family and in the C.I.A!  “Clark Rockefeller” anyone?  No one with either classification would actually SAY they were members of those exclusive groups!  And finally, there are no words to describe how evil the Dippolds obviously are.  I have never heard of anything sicker than tricking a woman into producing a child.  Did he actually live away from his wife for the months of Gaffney’s pregnancy?  Not only should these people NOT have the baby, they should be LOCKED UP!  Because this could start a bad trend among equally desperate childless couples.  EWWWW all around!

As NY Knicks fans, the Jeremy Lin story inspired us this week.  After having giving up on my previously losing team some 10 years ago, I am actually watching the games again!  Thus, it is a major shame that there have been all these racist barbs directed at Lin.  I am especially disappointed at the slurs from now appropriately fired former ESPN writer, Anthony Federico and his cohort, anchor Max Bretos.  Bretos needs to be fired too since Federico is out.  There is no room for this sort of racist idiocy in this day and age.  I can just imagine the juvenile snickering that went on when they thought they had pulled one over.  I sure they are not laughing now.

Had my first official encounter with Star Jones his week.  I first crossed paths with Star back when she was a gazillion pounds at a screening. I have always supported her as I know what it is to be misunderstood for being a highly educated Black woman.  We often get labeled in ways that are not true because we can come off a bit too no nonsense.  I felt that she had gotten a bad rap at The View and was disappointed that NeNe Leakes seemed to constantly target her education on The Celebrity Apprentice.  Thus, I was very disappointed to meet her and experience her coldness first hand at a recent charity event.   First of all, no one and I mean NO ONE attends a charity reception and has themselves surrounded by security.    Yet, Star had herself surrounded by a bunch of pushy PR girls.  There were no fans (I don’t even think Star is the sort of celebrity to HAVE fans!) at this event.  Everyone in the room at charity events, particularly the ones that raise funds for specific maladies, are there to raise money and find cures.  Or they are press.  In this case, I was both!  I was only interested in speaking to Star to discuss initiatives I am taking for the cause that she could help push forward.  She was dismissive to anyone that approached her, including me.  Despite the fact that I mentioned my Mom’s death, she was anything but sympathetic and came off arrogant and disinterested.  On the night, she was anything but a good spokesperson for her cause.  Her energy was so off putting that I walked away from meeting her realizing that I had been wrong to defend her and I was not at all happy to have  wasted my precious time approaching her.  Formerly neutral, I am now Team NeNe!

Still can’t bear Chris Brown.  He just looks too smirky and mean.  I really hope that Rhianna is not stupid enough to take him back.  It would be a dreadful message to send to young women.  A manchild, who wil beat you once, will beat you again.

Betthany Frankel, I know you are a “reality star” and I love ya!  But some reality is just TMI!  Your miscarriage should’ve remained your own personal business out of respect to your family.  Some things need to stay private.  A miscarriage is one of those things.

And finally, appalled by the hot mess that is Dance Moms.  Abby Lee Miller admitted on The View that she is not a dancer and never was.  Morbidly obese, it is ridiculous that this woman, who is not a dancer or a choreographer, is being allowed to abuse children like this!  Really awful.

xo Till next time….

Win a Spa Day and Private Sparkle Screening for 10 from Black Opal!