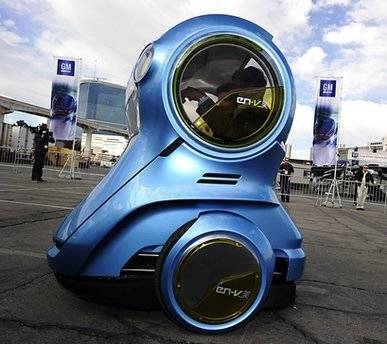 Since the TGATP gal is tech savvy, here is some of the exciting news that came out of this year’s CES!

Tablets were the buzz of CES with everyone out to challenge Apple’s i-Pad. With a whopping 75 versions unveiled, there are tons of cool ones to pick from!   Here are some of the best: 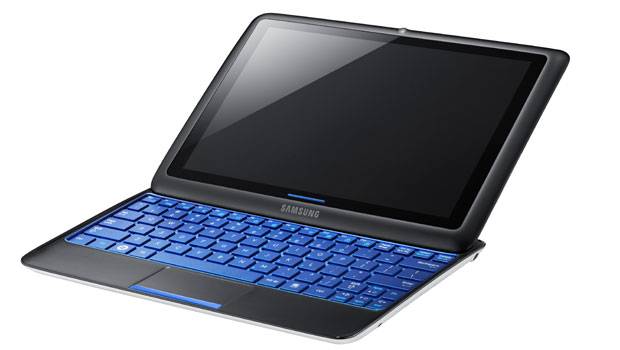 Samsung TX100 – An i-Pad lookalike with a slide out keyboard, the Samsung TX100 is like a very thin laptop crossed with a tablet.  There are two versions a 32GB and a 64GB, which may not seem like much, but is about the standard amount for tablets.  With USB and HDMI ports, built in Wi-Fi and a webcam, this is an ideal tablet for light office work.  The one problem for Samsung may be the proposed $700 price tag, which is more in line with a laptop than a tablet.

Blackberry Playbook – PC Magazine declared RIM’s Blackberry Playbook, the best tablet of CES 2011.  With 4G technology offered on the Sprint Network and integration with your Blackberry phone, this tablet is the best choice for the busy business woman!  There are dual webcams for video conferencing, Wi-Fi and Bluetooth capabilities, with a 1 GHz dual core processor!  You can have a 16. 32. or 64 GB model. One major problem with the Playbook, which frankly goes into the “what were they thinking” category, is that the tablet will not allowing e-mail, messenger, or calendar functions for anyone who does not have a Blackberry to pair it with!  This was a serious inexplicable misstep and will almost certainly limit sales in such an overcrowded market!

Panasonic Viera – Panasonic’s android based tablet is extremely handy coming in four sizes: 4, 7, and 10 inch.  Music, apps, movies, and games can be downloaded through the Panasonic Viera Connect Service.  Perhaps the best feature of this tablet is that you can transfer content between your tablet and your TV!

Motorola Xoom – Motorola’s clone of the I-Pad, this tablet is powered by Android and sold on the Verizon network.  With Google support, this is the first 3.0 tablet.

Dell Streak 7 – Dell’s affordability and   makes this tablet a strong contender.  It has a 7 inch screen, built in Wi-Fi, Bluetooth, and GPS with 32G of storage.

Acer Iconia – Acer’s entry into the tablet market is an awesome dual screened tablet PC with 2 14 inch screens featuring a virtual QWERTY keyboard and a program called Social Jogger, that allows users to use the dual screens to check all their Facebook, Twitter, and other social media at the same time.

Apple wisely delayed announcement of the new I-Pad and instead announced the Mac App Store that will offer thousands of apps to amp up your Mac and your i-Phone.  I am CRAZY for Macs and That Girl At The Party is published on one, so I plan to make the Mac App Store a regular stop! 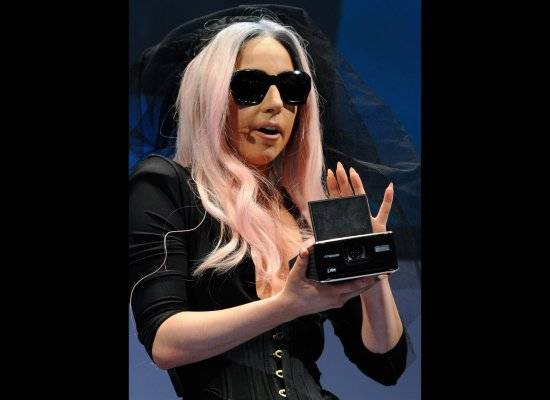 Some of TGATP’s other favorite items at this year’s CES include:

Lady Gaga’s Polaroid G30 digital camera with a built in printer is a TGATP must have as it is party portable!  Double kudos to Polaroid!  One, because I have always loved Polaroids and am happy to see them back in full force.  And two, because it was an awesome branding move to use Lady Gaga!

Also from Panasonic, the HDC TM900 Camcorder that allows you to shoot in 3-D!

The LG Oled 2.9mm televisions, which are the thinnest televisions ever made.

Speaking of TV, the Tivizen Mobile Digital Receiver allows you to turn your smart phone or tablet into a traveling TV!

The interestingly named EN-V Xiao, from GM, which was dubbed as “an urban mobility unit”.

One of my resolutions this year is to learn to drive so I am mad for cars right now.  CES showcased some great electric cars from Ford and GE this year.  Here’s hoping that soon all auto manufacturers will offer an electric option.

The Wheeme, from DreamBots, is a robot that massages.  Put this at the top of the TGATP wish list!

The Motorola Atrix 4G – The Motorola Atrix featuring a dual core processor and  webtop application is a PC in a phone.  With a full Firefox browser and the exclusive webtop technology, you can create and edit documents and access media all using a large screen and full keyboard.  There are tons of compatible docking products including a laptop dock, a multimedia dock, and a vehicle dock that turns the Atrix into a navigator or entertainment system for your car!  one word: AWESOME!

I hate cleaning and the maid takes tons of time off.  So anything that will clean without much involvement from me is a welcome addition to my home. Get a Neato XV-11 Robotic Vacum cleaner to my house stat!