On Your Screen, TGATP Art and Culture, TGATP Screen
December 1, 2010
by That Girl At the Party
0 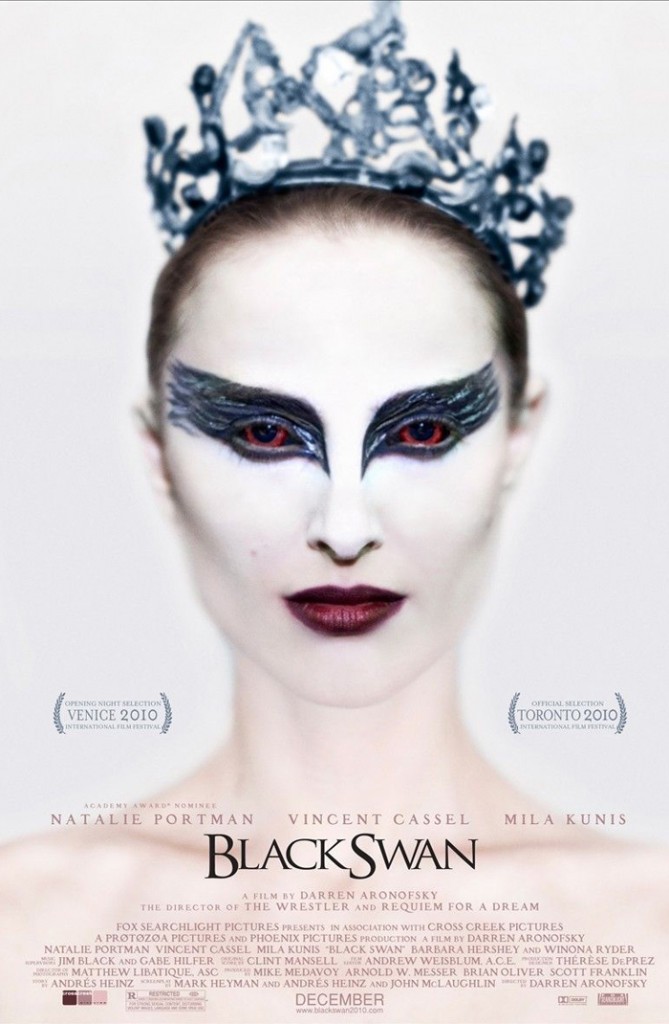 A spine chilling, revamped take on “The Red Shoes” The Black Swan was so eerie in places, that it made me literally jump out of my seat!  The film tells the story of Nina, a mentally delicate hardworking ballerina, who begins to come unhinged when cast in the dual roles of both the White Swan and the Black Swan in “Swan Lake”.  The viewer is left to ponder – is she bonkers or are the things she perceives actually happening to her?  While many reviewers have said that the film evokes Hitchcock, for me this creepy tale gave me the same uneasy feeling that I had the first time I saw Roman Polanski‘s films, “The Tenant” and “Repulsion”.  In fact, the Black Swan is so Polanski-esque, that to the credit of director Darren Aronofsky and his team, it was as if we were watching a ’60’s Polanski film, directed from a script by David Cronenburg!

Natalie Portman is Oscar worthy as Nina making us simaltaneously pity and fear her.   Barbara Hershey plays her overly doting Mom flawlessly.  The nail clipping scene made me think of Piper Laurie’s obsession with her daughter in “Carrie.” There are some terrifyingly scary moments when we see her through her daughter’s eyes that still have me creeped out.  One scene, in particular, will haunt viewers for a very long time.  Mila Kunis is great but basically plays herself (I’ve heard stories from reliable sources!) and I welcome any chance to see the irresistible Vincent Cassel.  In the role of the magnetic ballet director, Cassel oozes sex, without being  skanky.  (His type is the reason that I prefer European men!  No trace of a boy there!  He’s ALL man!) The only misstep in casting was Winona Ryder, who I found hard to buy as a prima ballerina.  Perhaps a scene could’ve been added where we actually saw her dance because, unlike Natalie, Ryder wass just not graceful and elegant enough to pull it off.

Portman’s performance alone would make this a must see.  But the film is also beautifully shot and the dance scenes are without cinematic equal.  I highly recommend this film and it makes the TGATP best of 2010 list.  But prepare to leave the film slightly disturbed and in need of a stiff one,  as it is definitely the darkest film of the holiday season!

Sheryl Crow performs at the 13th Annual Collaborating For a Cure