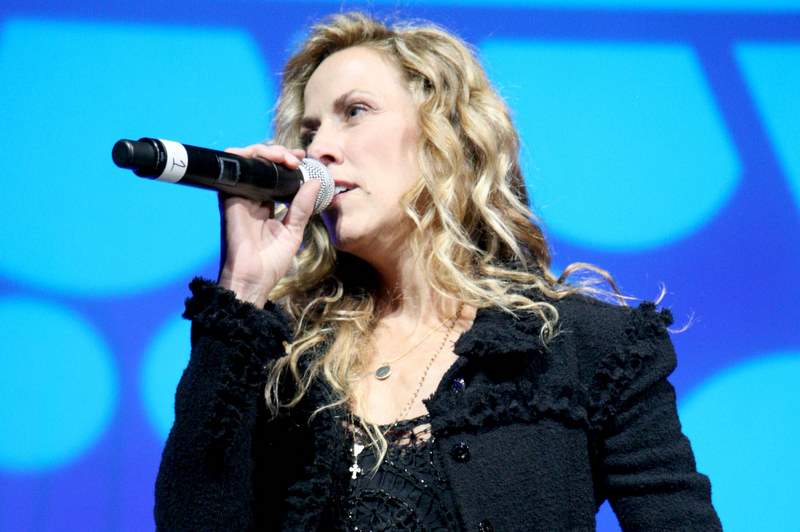 Just in time for the holidays, the Samuel Waxman Cancer Research Foundation (SWCRF) celebrated the 13th Annual Collaborating For a Cure Dinner and Auction, headlined by Grammy award-winning singer-songwriter Sheryl Crow at the New York City landmark Park Avenue Armory.  Performing fan-favorite hits to a sold-out crowd of nearly 1,400 guests, Sheryl brought the audience to its feet with her latest hit “Summer Day.” One lucky winning bidder also had the chance to meet Sheryl backstage before her concert and received an autographed guitar from the songstress.

Introduced by SWCRF Board Chairman Michael Nierenberg, Dr. Samuel Waxman thanked guests, as well as the Foundation team, for continuing to support the breakthrough work of the SWCRF.  As Dr. Waxman explained, “curing cancer one-by-one…is our ongoing goal” and encouraged everyone that despite the economic climate, “we must invest in fighting cancer, and SWCRF will give you the best return.”

The evening’s live and silent auctions offered guests the opportunity to bid on a selection of exciting items, including a Seven-Night-Stay for up to 10 guests in the Ian Fleming Villa at the Goldeneye Resort via Private Jet Service, which garnered the highest bid of the evening with $100,000.  Leading Event Producer, Robin Lathrop and her BYROBIN event design and management team created a dazzling setting for the special evening, which they produced from top-to-bottom.  A creative take on centerpieces, Robin forwent traditional floral arrangements and created centerpieces that celebrated the work of the Foundation, as they read: 75 Million Dollars and counting. 175 Researchers. 3 Continents. 35 Years of Breakthrough Research.