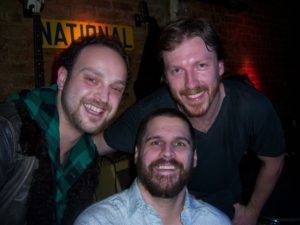 The Documentary Category of the Oscars is a hot mess and not at all relevant!  Over the past years there have been scores of films that should’ve WON this category that didn’t even get NOMINATED!  The two most glaring omissions in the last couple years are the wonderful Favela Rising, that is one of the best documentaries ever made and was not even nominated and last year’s Pray the Devil Back to Hell, which again, is one of the best documentaries ever made and again not nominated.  Who in the blue blazes is making these decisions?  Year after year, this award is given to a film that usually does not deserve it!  I don’t even watch this category anymore preferring to take the time when they present this totally undeserved award to refill my champagne glass or take a bathroom break!

The death of Shaniya Davis in North Carolina left me in a pool of tears for hours!  I try very hard not to judge people and to see some good in all.  But in this case I just can’t.  This monster, who birthed her needs to be put in general population of the toughest jail in America for the rest of her Life.  The pure evil that this woman embodies is just too much for me to even fathom!  To have taken little Shaniya from a loving home and willingly sold her to predators is just totally unforgivable.  There are no excuses!  ZERO!  It is not as some idiots are claiming a case of her being abused by the boyfriend and forced to do this as Shaniya didn’t even live with her.  Shaniya had a home.  She REQUESTED that the baby be sent to her.  So she had to have PLANNED this!

Can all the tabloids just stop with the lies about Brangelina already!  I mean really, these people have SIX kids together already!  I DO hope that the reports of her being “anti-Obama” are false though as THAT would make me change my mind about her.

Had a nasty phone exchange with Richard Kornberg, the awful little drama publicist, handling the “FELA” play.  Horrid lil’ man!  Hope the play is better than the company that reps it.  His phone manner was off and he was right out of the “Sweet Smell of Success”!

The epidemic of marauding party crashers in NY, such as the one described in my Carrera party coverage (who by the way was spotted out on Wednesday night greedily stuffing two plates piled with pasta down her gob!) is bad enough.  WTH is up with these party crashing Salahis being allowed into the White House?!  Everyone who allowed this lapse needs to be fired immediately!  Obama has had 400 times the threats of previous presidents!  This cannot and should not be treated lightly.  If it is determined that the Salahis were not legitimate attendees, they need to be  prosecuted to the fullest extent of the law for trespassing. PERIOD!

And WTH is up with all these Oprah haters!  I am very sad to hear that she is leaving us in 2011.  Oprah IS TV.  It will simply not be the same without her.  I already feel a bit sad.

The Tiger Woods story is being overinflated.  It seems like he just had an unfortunate accident.  However, Wanda Sykes imagined a hilarious scenario on her show whereby his Viking wife came running after the car and bashed the back window out BEFORE Tiger crashed which then caused the crash!

And the Martha Stewart/Rachael Ray thing is hilarious!  Martha just suddenly came out swinging with a verbal bitch slap!  This feud is one to watch.

I am one of those unfortunate folk who have birthdays around major holidays, which always kinda sucks since no one is around or really thinking about anything but the holiday itself.  This year majorly sucked as the actual day fell right on Thanksgiving!  So I have yet to blow out any candles.  Fortunately, I did get to see Jamie McLean jam at the National Underground on the Friday night after Turkey Day.  Jamie is so talented that it makes one wonder whether all the A&R people in the music biz got some mysterious virus and fell off the face of the earth!  Is anyone scouting for real talent anymore?  This dude and his tight band should definitely be playing major halls and be a lot more well-known.  Hopefully, “Checkmate” off his upcoming 2010 CD will be the first single as it is a major hit.  Check out www.jamiemclean.com to hear his music and check out when he will be in your area.  Will admit to having had a bit of a TGATP crush when I first met Jaime.  I mean, what gal wouldn’t?  He’s both cute and talented.  But alas, discovered on the night, that he is also both a Gemini and taken – two traits I have definitely sworn off in my men havin’ been down both roads before!  However, sigh, listening to his music just totally sends me!