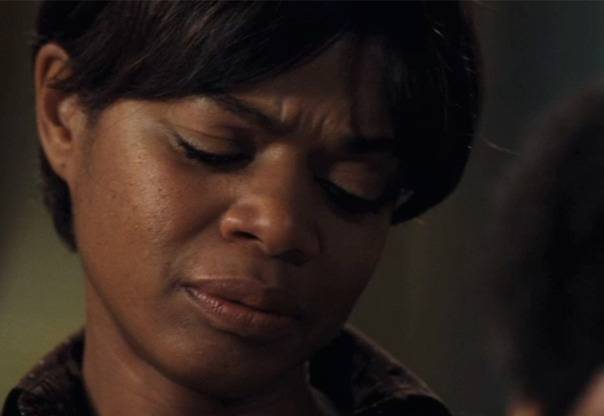 This year was an odd one for movies with a slate of strange indies, like “The Black Swan”, and thought provoking big flicks, like “Inception”. These were coupled with some films that TGATP wanted to like but had mixed feelings about like “The Tourist”, “Barney’s Version”, and “Burlesque”. I am very annoyed that “For Colored Girls” which had the most amazing acting of the whole year is being overlooked.  Kimberly Elise and Anika Noni Rose brought such raw and subtle intensity to their roles that it is an absolute crime that the film is being totally overlooked this awards season!  This is especially galling considering the amount of praise that was heaped on that embarrassing piece of crap and affront to all of Black womanhood, “Precious” last year!  Neither Monique nor Gabrielle turned in half the performance of any of the women in “For Colored Girls”.  Perhaps Hollywood needs its Black actresses to portray completely trifling stereotypes in order to recognize them at awards time.

Here are my predictions and my views on who should win.

(Who will win is in RED and who should win is in PINK.)

Christian Bale, “The Fighter”– Awesome job from Christian, who completely disappeared into the role and made audiences forget he is the Dark Knight.

Paul made the character of Barney likeable despite his annoying misgogynism.

Annette Bening, “The Kids Are All Right” – Bening at her best as the    lesbian

Jesse’s portrayal of the annoyingly, but brilliant, Mark Zukerberg made me want to deactivate my Facebook pages!

Loved Natalie and found the film disturbing.  But again, Kimberly Elise “For Colored Girls” should’ve been nominated and should’ve won.  As an abused mother and career gal, who suffers the greatest tragedy imaginable, delivered a gut wrenching performance that made me sob every time she hit the screen in the last half of the film.

Christopher Nolan’s “Inception” was one of the greatest directorial achievements of all time.  While Fincher is always great and should’ve won for “Benjamin Button”, this year should be Nolan’s.

“The Kids Are All Right”– All the other films were just ok.

This category is a tie for TGATP.   Inception was a completely innovative, abet somewhat confusing, story within a story with spiritual overtones. “The Social Network” had such an incredible screenplay it made you feel like you were re-living the story.

“Bound to You,” “Burlesque”
“Coming Home,” “Country Strong”
“I See the Light,” Tangled
“There’s a Place for Us,” “Chronicles of Narnia: The Voyage of the Dawn Treader
“You Haven’t Seen the Last of Me,” Burlesque

Hans Zimmer, “Inception” – Driving and pulsating, the music was a main character in this film making it one of the few films, where the music was memorable after the credits rolled.