Tons of people have asked me what happened last Friday at SoBe Summer Fridays, especially because many of the guests are people to whom I raved about the first event and are only attending because I told them about it.  Thus, I am compelled to issue this statement:

TGATP is very sad to announce that what was a great concept has been ruined by the ill planning and hubris of the PR company running it!  The launch of SoBe Summer Fridays was such an amazing event that one hoped that each week would live up to the same standard.  Instead new policies were put in place each subsequent week that lessened rather than heightened the party going experience.  For example, instead of simply organizing the spa services as I had suggested, the third week guests were offered only ONE service instead of all three. In addition, although the first week people could freely flow throughout the upstairs and downstairs areas, halfway through the day the organizers inexplicably decided to make the upstairs area VIP, which meant that the majority of the guests could not get any services at all!  (I arrived early and had no problems but people I know complained.) Once again food was unavailable to the people upstairs even though it was being cooked and eaten by the catering staff (a big event no-no!) right in front of our faces!

I became the target of a spiteful Coltrane Curtis, who runs Epiphany Media, simply because I told the truth about the chaos that existed at the second event!  First off, I was given a load of bs when I asked about my rsvp confirmation.  Despite the fact that I rsvp’d on the Monday prior to the event, I still had not received a confirmation by Thursday morning.  When I e-mailed to see what was up, I was told they were full for the week and I should wait till the following week.  Yet dozens of other folks that I told about the event were confirmed hours later! 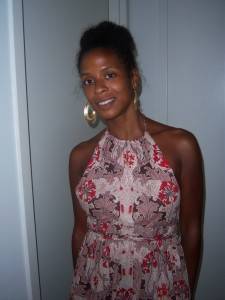 Since so many of my friends were going and my favorite DJ Cassidy was spinning, I was invited as five people’s plus one!  Everything was fine and I was the first in Jackie’s chair.  She was  her usual hilarious self and she related an absolutely salacious tale about this woman who was sleeping her way through her entire nursing home.   But halfway through the event, I was rudely asked to leave for no reason.  We were marched past the other guests, like criminals, because Curtis chose to act like a child.  This behavior was unprofessional and idiotic and not at all becoming an event professional!   And to make matters worse, I spent a Kafkaesque week trying to get a proper explanation and an apology for his actions.  In a cover-up more elaborate than Watergate and a definite cover his ass situation, he later conspired with workers at the venue (one claimed he was the studio manager but isn’t) and security staff.  Together they concocted wild claims for the corporate sponsors, including that I was rude to staff at all three parties!  This couldn’t be further from the truth.  When I arrived, the staff happily greeted me and I have kept in touch with a number of people on the staff.  And if this WERE the case, why would you allow me to enter at all a second and third time!  They even went as far out as to concoct a story that one of the guys who was sitting with me (who is admittedly a known party-crasher but otherwise an affable chap) was passed out!  This was a blatant lie as he was chatting with me, which is not something one can do while passed out!  I have seen this guy at tons of events and I have NEVER even seen him drunk!  However, I will admit that I do not know what occurred before I ran into him.  But still, this had nothing to do with me.  If you allow folks into your party, then you cannot hold other guests responsible for their actions.  One elderly party crasher, who always has ziplocs so she can filch food, was also allowed admittance.  Are the other guests responsible for her too?

These parties are supposed to be promoting the SoBe brand.  If Curtis wants to actually follow his event company motto and “influence influencers”, he is going to have to get out of his own way and let the product and/or the client be the star.   The whole sorted affair has left me feeling simultaneously angry, sad, furious, annoyed, and astounded.  In addition, I feel frustrated and victimized that I was singled out and then lied about in this way and nothing has to date been done about it!   This is a study in what not to do, as what should have been a simple apology and a see you next time, has turned into a major incident. 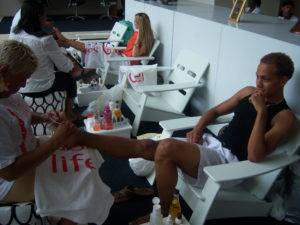 It will never be the custom of TGATP to blow smoke up the backsides of PR companies and event organizers solely so that we can attend their future events.  That said, telling the unbridled truth caused tons of undue headache and strife and wreaked havoc on my party ch’i.  Thus in the future, if you, or your party are lacking in fabulousness, we simply will not cover your event at all.