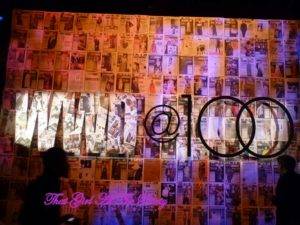 It is hard to believe that Women’s Wear Daily has been bringing us the greatest trends in women’s fashion since 1910!  To celebrate, the special 321-page commemorative issue currently on newsstands and in bookstores, boasts a visually spectacular cover with a cavalcade of influential fashion luminaries and celebrities from the past century. 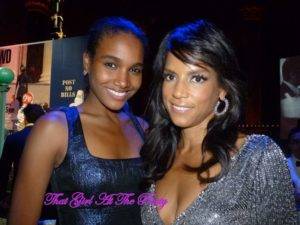 The centerpiece of the 100th Anniversary issue is “The 100 Remarkable Moments,” a wide-ranging WWD-look at the designers, celebrities and trends – from the sublime to the ridiculous – plus the joys and a few real tragedies that have impacted the world and the world of fashion since 1910.  From flappers to first ladies, Chanel to McQueen, and hip hop to couture, “The 100 Remarkable Moments” highlights the flashpoints that shaped WWD’s first century of style.

This WWD collectible issue also has a variety of stories and special features that offer a look through the magazine’s unblinking lens of fashion and popular culture.

A swinging soiree with literally EVERYONE, who is ANYONE in fashion, was held last night at Cipriani 42nd Street with a smaller, more intimate after party at the Campbell Apartment to further celebrate this historic time for the magazine.

TGATP favorite, DJ Cassidy spun his usual eclectic mix of happening sounds.  And speaking of swingin’, my friend Greg had me in stitches when he jokingly asked a partygoer, who was describing how he met his wife in great detail, whether they were swingers or not!  It was just such a random and over the top thing to ask that I just burst.

It was, as usual, a pleasure to see supermodel Veronica Webb and Alex McCord and Simon Van Kempen from the Real Housewives of New York, although I didn’t really get to speak to the latter as they were busily texting and I had to shoot.

Happy Birthday WWD!  What a swell party it was!