On Your Screen, TGATP Art and Culture, TGATP Screen
May 1, 2012
by That Girl At the Party
0

This weekend, two new movies opened that TGATP thoroughly enjoyed!  First up, Safe starring Jason Stratham is an action packed thrill-ride with the best one-liners since the ’70s movies of Charles Bronson and Clint Eastwood.  Statham plays Luke Wright, a caged fighter on the lower end of the mixed martial arts circuit.  Wright gets on the wrong side of the Russian Mafia and suffers the consequences.  With his whole Life destroyed, the guilt racked Wright falls into the destitute NY street Life and continues to be both haunted and followed.  But then he stumbles into a situation involving a young Asian girl, who is being pursued by the same Russian lowlifes, who turned his Life topsy-turvy.  Mei is no ordinary child and is locked in a power struggle between the Russian Mob, the Triads, and corrupt elements in the  NYPD with only Wright to help her!  There are so many bad guys in this one that you feel like you need a shower by the end of it all!  Statham is the Bruce Willis of our millenium with even more tough guy swagger and kick-ass fight skills.  And Catherine Chan, who plays Mei, steals the film.  This is a must-see for any action fan. 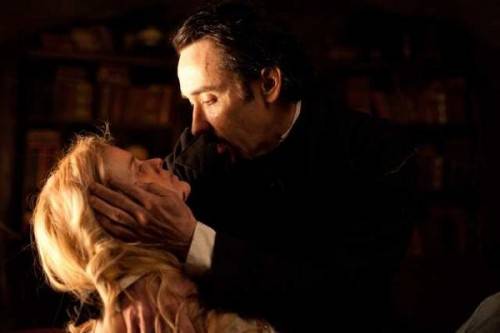 While at first glance The Raven seemed promising a kind of Sherlock Holmes meets Saw, it quickly became formulaic.  The pacing was a bit slow for me and I would’ve liked a few more clever killings and a big twist in the vein of Fincher‘s “Seven”.  Instead you get an enjoyable period piece, but the story is pretty cut and dry without any real twists.  A madman is using the macabre stories of Poe to orchestrate his gruesome serial killings and Poe and a detective must stop him.  That’s it.  This is only a must if you, like TGATP, love John Cusack.  It did, however, make me want to re-read all of the Edgar Allen Poe stories and I rushed home and downloaded them onto my Kindle!