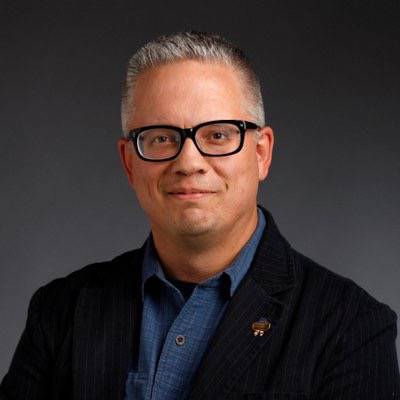 The one hope that still lasts for us to reverse the lunacy of allowing a man, who is busily tweeting all day and is clearly unfit for the office of the Presidency, lies with the 538 electors that have to vote to install him, on December 19th. Since most of them are from Southern red states, I doubt they will actually change their votes. However, yesterday Christopher Suprun, a former paramedic and 911 first responder, expressed his growing concerns and inability to allow the nation to be run by Trump. This man is a true patriot, placing the nation before his party affiliation. Here is his letter:

DALLAS – I am a Republican presidential elector, one of the 538 people asked to choose officially the president of the United States. Since the election, people have asked me to change my vote based on policy disagreements with Donald J. Trump. In some cases, they cite the popular vote difference. I do not think presidents-elect should be disqualified for policy disagreements. I do not think they should be disqualified because they won the Electoral College instead of the popular vote. However, now I am asked to cast a vote on Dec. 19 for someone, who shows daily, he is not qualified for the office.

Fifteen years ago, as a firefighter, I was part of the response to the Sept. 11 attacks against our nation. That attack and this year’s election may seem unrelated, but for me the relationship becomes clearer every day.

George W. Bush is an imperfect man, but he led us through the tragic days following the attacks. His leadership showed that America was a great nation. That was also the last time I remember the nation united. I watch Mr. Trump fail to unite America and drive a wedge between us.

Mr. Trump goes out of his way to attack the cast of “Saturday Night Live” for bias. He tweets day and night, but waited two days to offer sympathy to the Ohio State community after an attack there. He does not encourage civil discourse, but chooses to stoke fear and create outrage.

This is unacceptable. For me, America is that shining city on a hill that Ronald Reagan envisioned. It has problems. It has challenges. These can be met and overcome just as our nation overcame Sept. 11.

The United States was set up as a republic. Alexander Hamilton provided a blueprint for states’ votes. Federalist 68 argued that an Electoral College should determine if candidates are qualified, not engaged in demagogy, and independent from foreign influence. Mr. Trump shows us again and again that he does not meet these standards. Given his own public statements, it isn’t clear how the Electoral College can ignore these issues, and so it should reject him.

I have poured countless hours into serving the party of Lincoln and electing its candidates. I will pour many more into being more faithful to my party than some in its leadership. But I owe no debt to a party. I owe a debt to my children to leave them a nation they can trust.

Mr. Trump lacks the foreign policy experience and demeanor needed to be commander-in-chief. During the campaign more than 50 Republican former national security officials and foreign policy experts co-signed a letter opposing him. In their words, “he would be a dangerous president.” During the campaign, Mr. Trump even said Russia should hack Hillary Clinton’s emails. This encouragement of an illegal act has troubled many members of Congress and troubles me.

Hamilton also reminded us that a president cannot be a demagogue. Mr. Trump urged violence against protesters at his rallies during the campaign. He speaks of retribution against his critics. He has surrounded himself with advisers such as Stephen K. Bannon, who claims to be a Leninist and lauds villains and their thirst for power, including Darth Vader. “Rogue One,” the latest “Star Wars” installment, arrives later this month. I am not taking my children to see it to celebrate evil, but to show them that light can overcome it.

Gen. Michael T. Flynn, Mr. Trump’s pick for national security adviser, has his own checkered past about rules. He installed a secret internet connection in his Pentagon office despite rules to the contrary. Sound familiar?

Finally, Mr. Trump does not understand that the Constitution expressly forbids a president to receive payments or gifts from foreign governments. We have reports that Mr. Trump’s organization has business dealings in Argentina, Bahrain, Taiwan and elsewhere. Mr. Trump could be impeached in his first year given his dismissive responses to financial conflicts of interest. He has played fast and loose with the law for years. He may have violated the Cuban embargo, and there are reports of improprieties involving his foundation and actions he took against minority tenants in New York. Mr. Trump still seems to think that pattern of behavior can continue.

The election of the next president is not yet a done deal. Electors of conscience can still do the right thing for the good of the country. Presidential electors have the legal right and a constitutional duty to vote their conscience. I believe electors should unify behind a Republican alternative, an honorable and qualified man or woman such as Gov. John Kasich of Ohio. I pray my fellow electors will do their job and join with me in discovering who that person should be.

Fifteen years ago, I swore an oath to defend my country and Constitution against all enemies, foreign and domestic. On Dec. 19, I will do it again.

Ruckus Brings A Prayer For Reconciliation To The World

Who Is To Blame For Clinton’s Suprise Upset

The End Of The World As We Know It