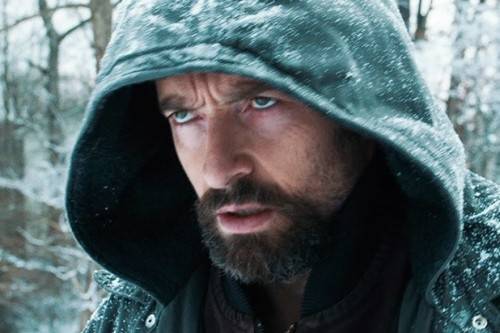 Despite some crazy irritating holes in the Aaron Guzikowski scripted plot, Prisoners is a one of the best films of the year.  A cinematic tour-de-force of great acting, this film will definitely be on everyone’s top 10 lists for 2013, including TGATP’s and is certain to be an Oscar contender in many categories.

Gripping and frightening, the film transports you into every family’s greatest nightmare – the snatching of a child from right under their noses and the subsequent anxiety, frustration, and helplessness that ensue while waiting for the police to find her.  Dark and moody, the audience becomes just as edgy as the on-screen family as we wait and wait and wait and wait and wait.  At two and a half hours the wait is almost unbearable!

Hugh Jackman is at his best here as the father of one of the missing girls, who is half crazed with the loss of his daughter. And on the other , Terrance Howard brings a more to the role of an equally grieving father.  Jake Gyllenhaal delivers what is sure to be one of the best performances of his career, as the cop assigned the case. Alternating between calm and rage, Gyllenhaal totally disappears into the role making you completely forget all his other roles   So nuanced is this performance that he even developed tic and mannerisms that are not his traditional own.  Viola Davis is a powerhouse in everything she does not disappoint.

My one complaint was the length.  Only epics, like “Giant” or “The Godfather” need more than 120 minutes of screen time!

Target Wedding Says Be Yourself Together