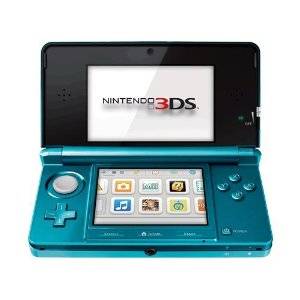 The Nintendo 3DS is the most awesome portable console on the market and a TGATP must have gadget!  Once again the folks at Nintendo, who were the first to launch with a touch screen in 2004 then the first with motion-controlled gaming in 2006, have knocked it out of the park!  As Nintendo President Reggie Fils-Aime states, “the Nintendo 3DS is a category of one” there is simply nothing else like it on the market. I tried it out during Fashion Week and simply have to have one in the gorgeous Cosmic Aqua (it also comes in a glossy Black) sooner than later! 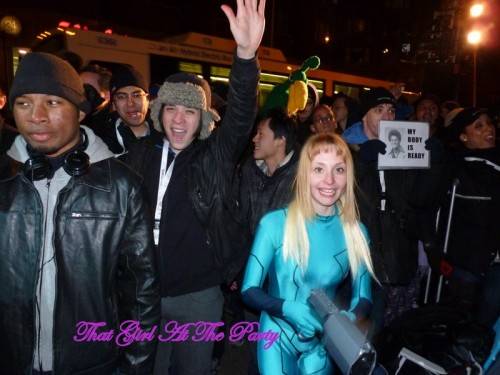 Like its predecessors the Nintendo 3DS has two screens, but this model has a telescoping stylus that is stored in the unit itself.  The top screen displays  3D to the naked eye, so there is amazingly no need for glasses!  The handy 3D depth slider allows each individual user to choose the level of 3D depth that best works for their eyes.  And you can even choose to turn the 3-D completely off and go 2-D for your older games.  The 3DS has the standard Control pad and button controls but a circle pad has also been added for the 360 maneuvering that allows for more flexibility when playing in 3D.  There are six “augmented reality cards” that bring the 3D experience into the room.  Just point the console at the card and watch the fun begin.

Each Nintendo 3DS comes pre-loaded with a ton of fun games and features including an astonishing THREE cameras – one points at the user and two additional cameras point outward.  There is also Nintendo 3DS Sound, which lets the user play MP3 or AAC music files and there is even internet browser capability!  The Virtual Console included on the Wii is also included on the 3DS!  For online sharing, the 3DS friend codes are specific to the unit not the game.  This feature allows players to trade hardware codes and stay posted as to when their friends are online and which game they are playing.

With more than 30 games available, there is something for everyone.  My favorites include Steel Diver, which allows you to torpedo enemy submarines (I’m already addicted after one demo!) and the preloaded Face Raiders, where you shoot at your face (although I think it would be better to perhaps shoot at someone who bugs you!).

The launch party was a blast!  With sampling opportunities, demoes, yummy free tacos, hot dogs and pretzels served, branded giveaways, and live entertainment from The Hot Cakes (The lead singer reminded me of a taller, skinnier Blondie!), the crowd beat the unusually cold night!  The energy of the crowd was electric with the pure excitement that everyone had of being among the first to get the Nintendo 3DS.   Nintendo Superfan Isiah “Triforce” Johnson, clad in his trusty Nintendo Power Glove, and his buddy stood in line for a full week and one guy was too dazed to really speak after spending three days on the line!