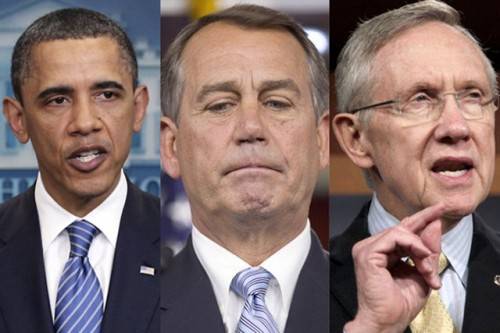 I have revamped the TGATP Take On to include links to the topics that most amuse, intrigue, annoy, surprise, or inspire me each week.  Enjoy!

With the right winged extremists in Congress seemingly willing to destroy the country while a weak President Obama sits by, Amy Winehouse‘s death, and (gasp) NYC’s biggest partycrashers invading the holiday in July previews, it’s been a crazy week!  Read on!

1.  Lawmakers Play Politics with the American Economy (Yahoo.com):  If the deal struck does not help to create jobs and take care of the people, what good is it?  I hope that this Congress is not stupid enough to think that we, the American public, are going to sit idly by and let them continue to play Russian Roulette with the future of America!    It is ridiculous to be cutting spending that helps those in need as the same time that rich folks are getting tax breaks!  This schoolyard bullying on the part of the Tea Baggers is so transparent and will not without serious consequences.  And Obama, grow some balls already!  You have spouted more “why can’t we all get alongs” than Rodney King!  Your poll ratings are down NOT because the American people think you are wrong in this situation, but because we are sick to death of your inability to lead!  Bill Clinton was right.  If the Republican extremists are determined to shut down and destroy the entire country solely to punish us for electing you, then you are going to have to invoke the 14th Amendment, Section 4 which states, “the validity of the public debt … shall not be questioned.”  Only in taking back your power and pulling this bold move to protect the American people will you regain the public’s trust and respect.  Then again, Ken Allen of the Huffington Post in his article, “The 14th Amendment is Obama’s Briar Patch” raised an interesting theory this week.  Perhaps Obama’s “Hope and Change” platform  was just a political Trojan horse and he his concessions to the Republicans actually represent his agreement with them on those issues.  Skull and Bones, anyone?

2.  Amy Winehouse Ascends (That Girl At The Party):  Amy, you told us that you were trouble.  But really, you were all good.

3.  Aaron Johnson and Sam Taylor-Wood Expecting Second Child (People.Mag):   I met Sam and Aaron at the press junket for the film “Nowhere Boy,” which is the movie they met on.  Congrats to Sam on being the ultimate cougar success story.  But not sure about being 21 with two kids, Aaron.

4.  Salahi Party Crashers Are Surprise Winners in Debt Ceiling Debate (Huffington Post):  Well, at least, someone is benefiting from the Congress dangling the country over a cliff!  Speaking of partycrashers, these people have nothing on the marudering low-lifes here in NY!  These fools are now even showing up at media product previews!  One of the most notorious NY partycrashers recently rsvp’d to the Harrison Shriftman preview claiming to be a “photo reporter.  Only problem is that Media Bistro is an organization for journalists, not an outlet!  Ann Taylor previews are always filled to the hilt with these folks and so are the Consumer Products previews.  As it is the same people every time, I guess the PR people just want bodies in their events.

5.  Woody Allen Adopts a 13-year Chinese Girl (Media Takeout) and Amy Winehouse In Process of Adopting a Ten Year Old (The Mirror UK):  I can only say WTF?  Is there no paperwork or evaluation for adoption nowadays if you are rich and/or famous?  Look out, Soon Yi, this girl might be your replacement!  And while I adored Amy Winehouse, I seriously question the judgment of anyone who would allow her to adopt a child!  She was far too fragile and unstable to be a responsible parent.  What next, is Casey Anthony gonna be allowed to adopt a child?

6. Oprah Winfrey Empire Hits a Speedbump (The Hollywood Reporter): Will everyone just stop with the silly talk of Oprah’s demise!  She’ll be fine.  I do have a bit of biz advice for her though.  First off, OWN needs to be a basic cable channel.  No one is gonna pay a premium to watch what they saw for free for 25 years.  Secondly, Rosie O’Donnell, Sarah Ferguson, and the O’Neals?  Really?  Can’t we find some more relevant personalities for reality shows?  In fact, Oprah, can we take that meeting on the hit shows I have created that would be perfect for you?

7.  Style Mistakes That Turn Women Off (Made Man): Hooray for this article that is finally telling it like it is!  I realized recently that what makes me find American men so unattractive is their lack of style!  I was recently walking through Union Square and spotted a small group of guys with that certain something that you almost never see in American men (at least, that is in STRAIGHT American men!).  When I got a little closer, I heard that they were speaking in French.  Now these guys were just dressed in summer casual wear.  But they were sporting everything well pressed and well put together.  American men please take note:  dressing like a slovenly five-year old in a playground is just not hot!  And Black boys, please pull your flippin’ pants up already!  Your ass out to the world is definitely not hot!

8. Rupert Murdoch Finally Exposed as the Anti-Christ (NYT):  The whole phone hacking scandal is no surprise to TGATP.  I’m sure if the surface is really scratched a whole lot of rampant corrupt practices will sliver out of most of the media empires.

9.  XBox Addict Dies From Blood Clot (Yahoo):  Having been introduced to the XBox for the first time this week (I’ve always been a Nintendo girl till the recent PR change), I can certainly see how one could get addicted. So I have one word:  KINECT.  This will allow you to get your gaming fix while still getting some exercise.

10.  Nintendo 3DS Sales Disappoint (yahoo.com): I can’t say that I am surprised by this.  The article talks about some of the problems like a higher than usual price tag and lack of games.  But if the PR handling of TGATP is any indication, the outside PR firms can also be called on the carpet.  Too few media influencers received review copies.  While we were able to do mini-tryouts before the launch, we were jutted back and forth between different outside PR companies and the review copy we were waiting for has yet to materialize.  Thus, we really couldn’t fully cover it.

Till next week.  Good Day and Good Luck!

Enter To Win A Clarisonic Mia for You and Your BFF!

From Daily Om: 9 Ways to Help Others Awaken to Consciousness