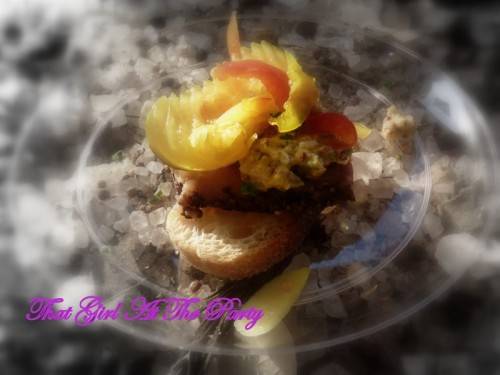 This past Saturday, TGATP was part of a small group of journalists lucky enough to be spirited off to Southampton for the first annual, Dan’s Taste of Two Forks.  After being greeted by a bus full of quizzical faces when I boarded the wrong jitney, I happily kicked back on the spacious Ambassador Hampton’s Jitney, which has to be the most luxurious bus I have ever been on.   Gorgeous and spacious, the Ambassador holds approximately thirty-five  passengers and features a bus stewardess, who serves snacks and drinks.  Making the ride to the Hamptons pass in a wink, passengers are also treated to an in-bus movie!  (We had “The Source Code” going up and the “Have You Heard About the Morgans” coming back.) 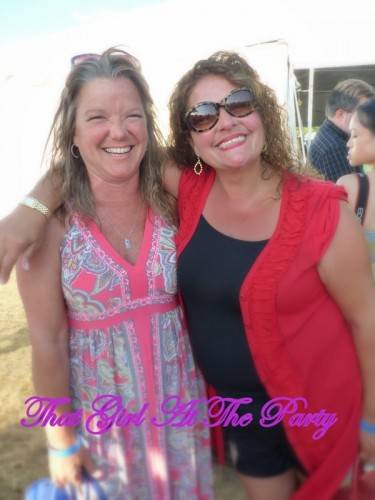 Once we arrived, I had a fun chat with Aida Turturro.  When I told her how much I miss her on “The Sopranos,” she assured me that we are going to see her on the screen again very soon.  Aida was an out and out  blast all evening and openly flirted with the hot Blond MBT (that’s “model boy toy” to new TGATP readers) who served the TGATP favorite dish of the tasting, the scrumptous mini-burgers at the LT booth.  She later smacked me on the ass as I leaned over to take a shot.  Just a real great gal, as gregarious as her character on “The Sopranos”.  I would love to go to her house for a party! 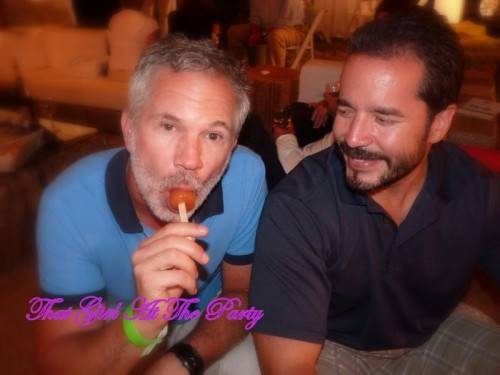 Spotted Gerald McCullough of CSI chilling out in the sofa area.  I also spied Mo of Socially Superlative, the site that I briefly contributed to before launching TGATP, for the first time in ages.  She was staggering around and didn’t seem to see me.  Couldn’t be sure if it was heels or excessive alcohol creating her stumbling gait!

Presented by Dan’s Papers and co-hosted by our fav chef, Marcus Samuelson and Good Day New York’s Rosanna Scotto, the event was a perfect summer evening in the Hamptons.

Ways to Beat The Heat!

Southampton Inn Is An Idyllic Getaway

Marcus Samuelson and BlueStar Preview the Red Rooster in Harlem