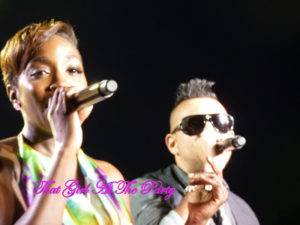 Monday night, Malibu took over the Tribeca Rooftop for a fabulous evening of great food, music, and of course, Malibu based cocktails! Guests were treated to a dance performance and mini-concerts by Sean Paul and TGATP favorite, Estelle. 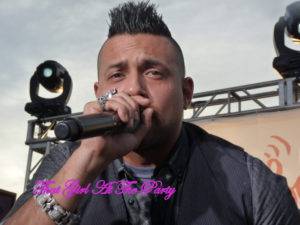 New TGATP crush alert:  I have always been a fan of his music but have never seen Sean Paul in action, and wow, is he ever HOT!   One jerk photohog kept annoyingly trying to get right on stage for his shots, thus getting into everyone else’s pictures with his big lens.  But Sean seemed to notice and came right down in front of me to allow me to get some great shots.  And later, he and his crew posed for me before leaving.  What a doll! 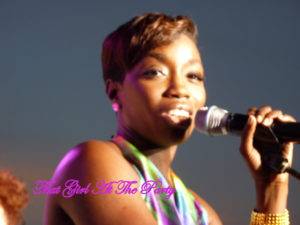 Estelle was her wonderful self and, as usual, a pleasure to see.  Oddly, everyone in the crowd seemed to fancy themselves photographers as she had to tell people to put the cameras down and get dancing! her duet with Sean Paul generated so much heat that I hope the two have hooked up!  Fellow e-lebrities Micah Jesse and Ms. Drama were in the house, and he party was packed with great people with most of the riff-raff kept out by a tight list at the door.  On the way out, I met this cute guy with a great line.  When he asked me why I was taking shots and I told him because I publish That Girl At The Party,  he responded, “I think That Girl At The Party needs to be my fiance ’cause I want to get married by 2011!” Great line.  So often guys just come at me on a straight sex tip.  A bit of romance was a refreshing surprise!

Elvis, Barbie, and a Giant at NY Fashion Week Parties!