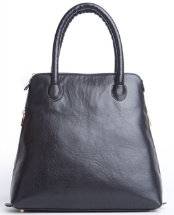 Oscar and Anna
Perfectly Organized Bags for the Less Than Organized Ladies
Have you ever found yourself rummaging through your purse in a mad hurry as the train approaches, desperately searching for your Metro Card?  Yet as the iPad, sneakers, and make-up spill out of your bag, there is still no sign of the card, so the train just closes its doors, leaving you and all of your stuff behind the turnstile.   New York-based designer Anna Zefferys has, and as a busy professional woman on the go, it was moments like this that served as the inspiration for the Oscar and Anna handbag collection that was officially launched in 2011 (www.OscarandAnna.com).

As a metropolitan woman who has often juggled an overbooked calendar, Zefferys saw a void in the market for a handbag line that was just as stylish as it was practical. So she set off on a mission to combine the best of both worlds, initially developing her first prototype of the “perfect” handbag in 2010.  The first bag, “The Cleo – Shoe In,” fused timeless sleek design and top of the line luxury craftsmanship with practicality.  The handbag offered perfectly organized compartments with dual entry to divide the things you need easy access to, from the things you only need to reach periodically.
Following the birth of “The Cleo,” Zefferys developed the “Shoe In” concept further by introducing new shapes including the “Clandestine” for women, and the “Statesman Messenger” for men, while also offering something a bit smaller for weekend outings with the “Has Been” bag for women. Today, the collection offers a variety of colors with new shapes, colors, and textures of bags being introduced each season. 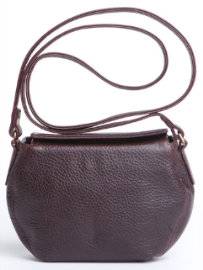 When naming the brand, Zefferys mergered her name with that of her best friend, Oscar (her dog), who has also spent some time traveling in the bottom compartment of the “Shoe In” bag with her.  TGATP would love to see her design a line of high end pet carriers next!
“When developing Oscar and Anna, I wanted to create not just a bag, but a woman’s best friend. I wanted to offer a bag that looks luxe, but at the same time can hide all of her little secrets within it as she carries on with her day,” says Anna Zefferys about the inspiration for the line.

Thoughts On The Re-Election Of Obama

Congratulations To The Baltimore Ravens!