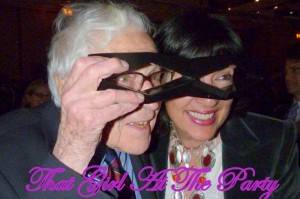 Monday night, TGATP was honored to attend the International Center for Photography’s 2010 Infinity Awards at Pier Sixty in the Chelsea Piers.  I was at  this event last year as well, and it is one of my favorites.  As a working photographer, it is always so inspiring to be in a room full of greats.  This year’s award winners were:

While all of the photographers were amazing, the courageous Reza and Peter Magubane, who both have risked their lives to document injustice and the futility of war in their works, particularly blew me away.  Reza has been working for National Geographic since 1990 and his work has been published in the world’s top magazines.  He has traveled the world photographing wars, revolutions, and natural disasters.  In addition, this he founded AINA, the Afghan Media and Culture Center, which is based in Kabul, Paris, and Washington and dedicated to the education and empowerment of women and children through the use of media and communication.

In the 1950’s, Mr. Magubane covered numerous important political events including treason trials and demonstrations in his native South Africa.  After a brief stint working in the London, he returned to his homeland and worked for the Rand Daily Mail from 1967 to 1980.  For a seven-year period commencing in 1969 and ending in 1976, Magubane was repeatedly arrested and interrogated for his activities.  At one point, he was kept in solitary confinement for almost two years and then released and banned from his position at Rand for five years.  This was all because he refused to sugarcoat his photos and used his camera as a tool to expose the murders and other injustices that were rampant under the racist Apartheid system.

And finally, John G. Morris is a darling and dear man who just emanates Joy! i totally dig him!  Called the “world’s influential photo editor” Morris has worked with the greatest photojournalists of the past century from World War II to the Vietnam and Gulf Wars.  His resume includes stints at Life Magazine, as the Hollywood/LA Correspondent, Assistant Picture Editor, and London Picture Editor, Ladies’ Home Journal as Picture Editor, as Picture Editor at the NY Times and as the Washington Post Assistant Managing Editor of Graphics.  In addition, he also served as the Executive Editor of Magnum Photos working alongside its legendary founders Henri Cartier-Bresson, George Rodger, Robert Capa, and Chim.  His autobiography “Get the Picture” is a must read for any photographer worth his/her salt.  He was awarded a previous Infinity Award in 1999 for Writing and in 2009, he was bestowed with the French Legion d’honneur, France’s highest and most prestigious award for his seven decades of outstanding professional service to photojournalism.

An expatriate residing in Paris, John was one of the first to recognize Barack Obama’s presidential promise and held regular meetups and created a way for fellow expats to contribute to the election of Obama from Paris.  He also fell in love again in his nineties with a woman near his age, which I find so awesome and life affirming!  At 93 years old, he displayed such a delightful and playfully spry nature that I instantly fell in Love with his Spirit.  I hope to be just like him when I grow old!

Mario Batali created an incredible menu that was delicious, except for the odd green pea dish that served as the appetizer, which was a miss.   Celebrities in attendance for the dinner included:  Ann Curry and Moby plus tons of famous photographers and photo editor including one of my heroes, Christiane Amanpour.