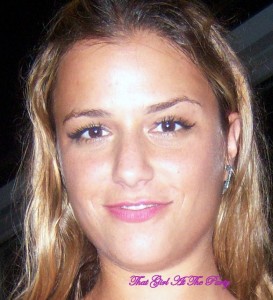 The Charlotte Ronson line for JC Penney is both adorable and affordable.  With cute little dresses and fun leggings and tees, there is a piece for gals of every age!  I particularly loved the sleeveless paisley ruffle front dress and the striped leggings.  A store was set up inside the event that allowed guests to pick an item from the line, which was a very nice and smart PR touch.

The party to launch the line was a fantastic time and was peppered with loads of young Hollywood stars!  I made this event a must-do, as I simply adore Mark Ronson as both a DJ and a Producer (Mark created the sounds for both the incredible, abet troubled, Amy Winehouse and Lily Allen.) Samantha Ronson, his sister, who is mostly known for being the on/off girlfriend of Lindsay Lohan (who was purportedly in town but was nowhere to be found) was also DJing.  I love their mom Ann Dexter-Jones, who is just always a sweetheart and the woman of the hour, Charlotte Ronson was a living doll.  In fact, the whole family was nice, except for Samantha, who must have had one too many viewings of her sapphic playmate Lindsay Lohan’s film, “Mean Girls”! When I at the end of night mistakenly called Mick Rock, “Pete” Rock , she bit onto it like a Rottweiler with a chew toy and repeatedly derided me to everyone within earshot!  I mean, gimme a break!  It was a slip of the tongue at the end of the night!  It just felt so high school!

I also got to chat with Cisco Adler and recounted to him how last Halloween I met his doppelganger who was dressed as him for Halloween.  (I found this just genius!  Who would ever think to go as “Cisco Adler” as a Halloween costume!) His ex, Mischa Barton was also in the house.  She was really sweet and looked fine contrary to recent tabloid reports.  Also spotted were:  Hillary Duff, Sophia Bush, Zoe Kravitz, Olivia Thirlby, Eva Amurri, and new model sensation and Alek Wek lookalike, Ataui Deng. (The rumor  mill has it that fauxalite and wannabe Drew Felder (a.ka. “Adrian Field) was denied enty so that light may already be dimming.)  I was also very happy to meet musician and John and Yoko’s kid, Sean Lennon, who has grown to be the perfect genetic amalgamation of his mom and dad!  He was a complete doll when I asked for a picture and totally unassuming.  Great job, Yoko you’ve raised a truly lovely son. 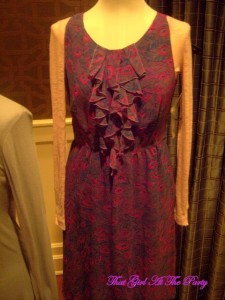 My One and Only Premiere