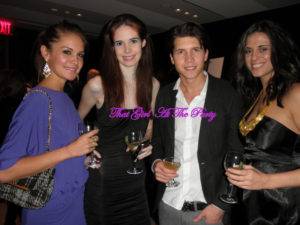 Esquire Magazine held a party at their Hearst NY headquarters to celebrate the 500th Anniversary of Bénédictine.   Bénédictine is a liqueur that garners it’s name from the Bénédictine monks, who produce it in their French Abbey.  Created in 1510 by Dom Bernardo Vincelli, a member of the secretive order, it consists of an eclectic mix of herbs and roots, including angelica, hyssop, lemon balm, myrrh, saffron, nutmeg, cardamom, and cinnamon mixed with sugar in a cognac base.  Bénédictine is believed to be a natural energy booster, but it provides a real kick to the head at 40 proof!  In keeping with its origins, each bottle is stamped with D.O.M., which translates “to God, most good, most great”. However, I’m not sure how much “good” or “great” could be gotten up to and given to God after a few Bénédictine-based cocktails!

A Bénédictine cocktail contest was the centerpiece of the evening and guests were treated to unique beverage and food pairings from the five finalists/mixologists:  Brandon Clements (Spruce/ San Francisco) Damon Dyer (Louis 649/NYC), Jackson Cannon (Eastern Standard/Boston), Lynn House (Graham Elliott/Chicago) and my personal favorite for his pumpkin pie Bénédictine concoction Daniel Victory (Ritz-Carlton/New Orleans).  In homage, the mixologists were assisted by event staff adorned in the traditional monk’s robes. 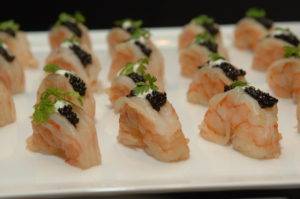 The Bénédictine Global Ambassador Ludovic Miazga and Esquire’s Drink expert David Wondrich were on hand to crown this year’s winning “Alchemist of Our Age”, Damon Dyer for his tasty blend of Benedictine and yellow Chartreuse mixed with lemon juice and Rittenhouse Rye, which was paired with a delectable Benedictine Poached Shrimp with Caviar and Meyer Lemon.

Launch of The mun2 Look