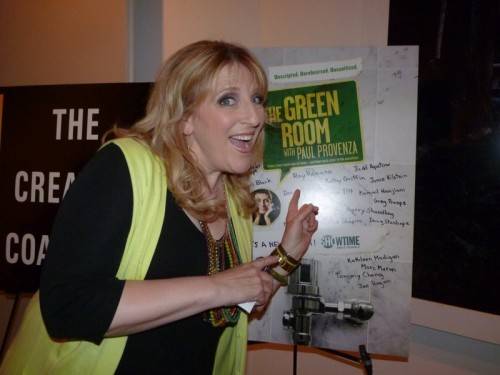 Wednesday  night, I had the honor to catch the premiere of the new season of Showtime Networks “The Green Room with Paul Provenzza.”  The screening/reception was held at the Core Club and sponsored by the Creative Coalition.  Post viewing, guests were treated to a hilarious panel discussion moderated by Provenza with Lisa Lampanelli, Rain Pryor, Billy Connolly, Jamie Kilstein, and Tony Hendra (in an arm cast) all weighing in. 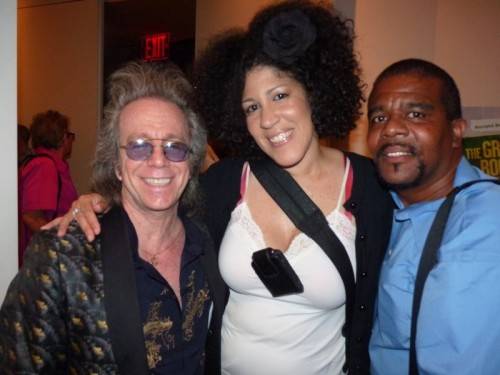 After the panel, I asked Lisa what has always been a burning question for TGATP – “Why the obsession with Black guys?”  –  since I have never found “the myth” to be particularly true!  In fact, most of the Black men I have been with have been the LEAST inventive in the boudoir.  Unfortunately, she was unable to explain her previous preference .  Thus, with no viable explanation from Lisa, TGATP chalks it down to either a simple Mandingo complex or just a really raging case of Jungle Fever – both of which she is now over.  (She ultimately married an Italian dude in 2009.)   Lisa also announced that she is coming to Broadway in a must-see one-woman show that she wrote with Alan Zweibel, who collaborated with Billy Crystal on the well-received 700 Sundays.  After the reception, I invited Paul, his c0-producer Barbara Romen, Rain, and a host of their friends to my favorite new dining spot, Social Eatz.  It was a meal to remember with great company and Angelo’s extraordinary fare!  Paul and his friend Ariel are new TGATP BBFs.  However, since LA folks are very flaky, I’m not sure if I’ll hear from them again! 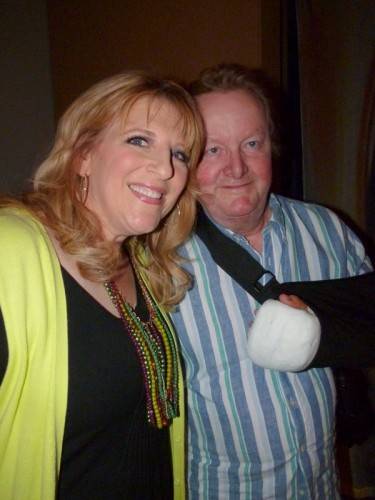 About the Green Room

A new discovery for TGATP, the Green Room with Paul Provenza is a weekly must for anyone that loves comedy.  It offers comedy fans the chance to see the world’s greatest comedians in a roundtable setting, speaking off-the-cuff and uncensored in front of a studio audience.  No rules, no agenda, no censors… just some of the funniest people around, riffing on and ripping each other apart.  Since it is on cable, it is much more raw than“Comics Unleashed,” my other favorite in the comic panel genre.  Purportedly, there are even joints smoked in future episodes.  But I doubt anyone actually inhales!

The Green Room is back for a second season with a new line-up of comics beginning Thursday, July 14th at 11:00 PM ET/PT.