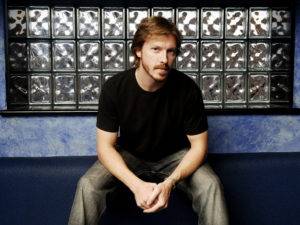 From Madison Square Garden to Bonnaroo to Japan’s Fuji Rock, Jamie McLean’s musical footprint has marked every corner of the globe. Performing alongside musical icons such as Elvis Costello, Widespread Panic, and Dave Matthews, he has shared the stage with scores of prevalent names in the industry. Always in high demand, McLean has also lent his studio chops to everyone from Norah Jones to Chuck D, proving he is the quintessential workingman’s guitarist. Backed by a dynamic voice loaded with soul, McLean’s transformation from sideman to front man has been seamless. With drops of southern roots rock, blues, R&B, funk and soul oozing from their amplifiers, the Jamie McLean Band offers “honest rock and roll” that pulls no punches.  Night in and night out, Jamie McLean’s performances are smothered in soul and confident command of the six-string. Take the straightforward, no-nonsense rock of the Rolling Stones and The Black Crowes and mix in the personal sincerity of Ryan Adams and Tom Petty and the result is the Jamie McLean Band.  For upcoming gigs and to check out his music go to: www.jamiemclean.com.

I first discovered Jamie at the Esquire apartment in the Soho Mews, when he added a wonderful musical touch to a low-key evening.  It is a serious indictment of the current music biz that he is not a household name!  His music is kicking and his lyrics are hot, hot, hot!  Jamie is jamming this Friday, November 27th, which is a TGATP can’t miss event!

159 E Houston (between Allen and Eldridge)

1. Remembered as: That really nice kid who was almost as good as Tom Petty.

3. In 20 years: I’ll have a full head of hair and hopefully doing exactly what I’m doing now.  Releasing records, playing live music and loving every minute of it.  Maybe I’ll try cooking more.

4. Happiest when: I’m lost in the music.

6. Will always: Follow my heart and listen to those whispers in my head.

8. Biggest Turn-On: Whispering in my ear.

9.  Favorite fellow musician: The ones on stage with me.

10. Value most: My friends and family.

11. Regret that: I didn’t have more time with my father.

14. Can’t live without: Thai food, Ray Charles, and my kimono.

17. Would change: Nothing.  Except for that time in Puerto Rico!

18. First time was: Quite eventful.

The Wright at the Guggenheim