Featured Items, TGATP Health and Wellbeing
January 4, 2021
by That Girl At the Party
2

As a child, I was vehemently anti-smoking. Having broken up his cigarettes and then watching my grandfather die from lung cancer, I never thought I would grow up to be a smoker. No one did. My cigarette habit was like a demon possession, totally out of character for me. It’s funny. People who meet me now can’t imagine me as a smoker, even though I was badly hooked. The deaths of my cousin Doris Massey and a friend of a friend, from smoking related illnesses, made me want to convey to you the vital importance of quitting this nasty habit. I smoked for 15+ years and have been tobacco sober for fourteen years now. I say “sober” because a smoking habit is an addiction, as hard to beat as, an addiction to alcohol or any other chemical substance. Just like alcohol, cocaine and all manner of addictive drugs, smoking will make you do things that you know you shouldn’t.

While addicted I did the following:

Went to the bodega at 3am in a raging snowstorm with 2 feet of snow on the ground ’cause I was outta smokes. Left airports and had to go through security a second time because I needed a puff so bad. Would constantly have to leave a social dinner table to go outside for a smoke. Was known to need to be left alone in the mornings until my first coffee and cigarette. And worst of all, I once lost a fine ass Dylan McDermott lookalike, a hard-bodied hottie of a lawyer because he didn’t like that I smoked!  Now honestly, that’s addicted! I wish I could find him now! 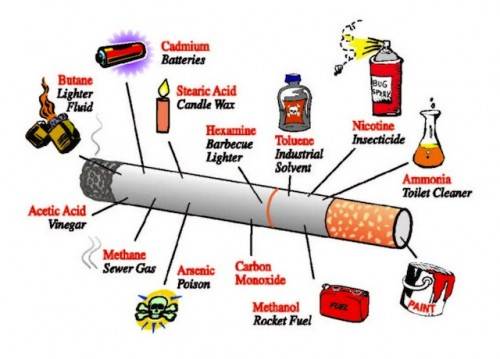 Here are six tips to help you quit:

There are physical changes that may occur, so make sure your doctor is aware of your efforts. I was on the phone with mine a LOT, when I first quit. At one point, I thought I was having a heart attack due to the effects of withdrawal. But my doctor was able to recognize that I was merely having side effects from the patch.

Depending on the level of your addiction, you may need a full week alone to detox and go through the mental and physical changes. We really need tobacco rehab centers. Because it’s a real bitch of an addiction with many of the same withdrawal effects of any major drug.bYou may find that you need to sleep more or less and may experience sweating, shakes, and other physical withdrawal that will require you to really recuperate. I suffered insomnia, sweats, headaches, weird dreams, and bad mood swings and needed to have a totally free schedule to deal with it all.

Three:  Lose weight before you quit, because you WILL gain weight.

Doctors lie and tell you that you will only gain 10 lbs. because they want you to quit. I want you to, as well. But the reality is that most people, will like I did, gain 30 to 35 stubborn pounds. It’s nine years later and I am still yo-yoing. Food tastes better. And plain and simple, smoking speeds up the metabolism. However, better to be a little rounder and healthy than skinny and sick. In the long run, a slight weight gain is far less dangerous to your health than smoking!  According to Terry Martin on About.com, “A smoking habit of 20 cigarettes a day puts approximately the same amount of stress on the heart as 90 pounds of extra weight would.”  Heart attack versus a bit rounder?  I’ll take the latter. Cancer vs. needing to release some weight? I’ll take the latter!

Four: Use whatever works for you (patches, Chantix, etc…), but be very in tuned with what is going on with your body and what isn’t working.

This is a good rule to follow for your physical, mental and Spiritual health, in general.  Far too many people take drugs and natural remedies and/or practice philosophies and religions, that are clearly either not working for them or do more harm than good.  The trilogy never lies. Whenever you start any kind of new regime, stay very much in tune with how how your mind, body, and Spirit FEEL.

The Patch: I first tried the patch and it gave me bad stabbing pains in the stomach, so I was right off that.

Chantix. These miracle pills DO kill the nicotine craving. But after a week on them, I was having extremely graphic nightmares and irrational emotional outbursts. Chantix made me into a crazy weeping bitch, so I was right off that too! The one beau in my entire Lifetime, that I have ever had NOT speak to me after we parted, broke up with me doing those first few days of my quitting with Chantix. It’s nine years later and he is still not speaking to me! So I must’ve been HELL-I-FIED! 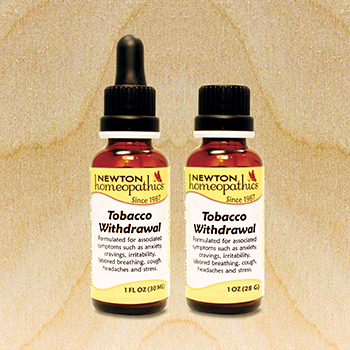 Newton’s Homeopathics Tobacco Withdrawal (I prefer the pellets): This homeopathic remedy is a mix of herbs that both fight the craving and manage the anxiety of smoking cessation. These pellets are MAGICAL and I recommend them to anyone, who is serious about quitting. Like a homeopathic comfort blanket, I had them with me at all times when I first stopped and for a year thereafter. (There are a gazillion in each bottle, so they last a long time.)

Acupuncture: Although Final Destination 5 gave it a creepy take, acupuncture was my cessation savior. I went to the wonderful Pacific College of Oriental Medicine, which offers ear acupuncture for just $12 a session!

Hypnosis: I had one session and in combination with everything else, it seemed to work. It was crazy weird as it was a waking hypnosis and the guy just kept talking normally then suddenly had this other wordly voice like Lord Voldemort. But hey, I haven’t had a cigarette in more than six years!

Avoid triggers: Coffee and cigarettes go together. Alcohol and cigarettes go together. And eating tons of food is always followed by feeling stuffed and needing a cigarette. So, as hard as it may sound, a total detox is ideal if you are going to really quit forever. Only eat small meals since when you first quit you will feel very stuffed without the nicotine and avoid alcohol and coffee. (When I first quit, I would sometimes need a drag of a cigarette if I was very intoxicated.  Fortunately, alcohol is another habit that I am free of now, which will be the subject of a whole other post.)

Six: Use self shock therapy.

Since those little death sticks will try to to keep you hooked by tricking you into believing that you will somehow be the exception – the smoker who has NO ill effects – you will need to apply some aversion therapy. I went on line and looked at the effects of what smoking was doing to me and it wasn’t pretty. The NYC anti-smoking tv ads, where the woman lost all her fingers and the other one where the man had a tube in his throat and could no longer talk or swim, really helped me!  As you quit, think constantly about the ill effects smoking has on both your beauty and your health.  Smoking cause wrinkles around the mouth and forehead, makes ALL of your skin sag, gives you bad breath, causes miscarriages, is the the number one cause of cancers of the mouth, throat, lungs, colon, and every other type, is one of the leading causes of heart disease, is a top cause of sagging breast, causes age spots, damages your teeth and gums, stains your teeth and gums, causes baldness, makes you more likely to have cataracts, puts you at greater risk for psoriasis, cuts off oxygen to all the parts of your body, leads to crows feet, can cause premature menopause, creates brittle bones, causes blood clots that can lead to both heart attack and stroke, leads to fertility and pregnancy problems, and loads and loads more! And this is not a pack a day, EVERY CIGARETTE, even just ONE A DAY has consequences to your health and beauty! Still feel like lighting up?

The final straw for me was that I had begun to age rapidly. My sister is 11 years older than me. But because she never smoked, for a long while, we looked about the same age! Fortunately, I have been able to reverse that through some injectables, mighty good skin creams, serums and healthier living. But who wants to look like their much older sister?

Seven: Take no prisoners in protecting your newfound health.

While I was a smoker, you could smoke in my home and in my presence.  Now you can’t. PERIOD. Not in my house, not on the street while talking to me, not in the hallway of my building, not on the street walking in front of me, not in the car with me, even if you are driving, and not in your house if I am visiting. I consider someone smoking in my face attempted murder!  I worked too hard to regain my health and undo some of he twenty years of damage I did to my own system. No other smoker is going to re-do it.

I am now very proudly that thing every smoker and tobacco company exec hates – a former smoker, who is an unrepentant anti-smoker. Nine years sober, I now can’t believe I ever smoked and would have ZERO issue with seeing it outlawed completely.  I have talked to numerous people that I have helped quit and they all say the same thing. Trust me. You will feel this way once you toss off the nicotine monkey for good.  Please feel free to leave a comment with any questions you have and I will help you as best I can.