Featured Items, Great Performances
December 16, 2014
by That Girl At the Party
0

On December 15th, The Collegiate Chorale hosted their 2014 Gala, featuring the New York City premiere of Eric Idle and John Du Prez’s Not The Messiah (He’s a Very Naughty Boy) at Carnegie Hall.  The event began at 6:00pm with cocktails and hors d’oeuvres in Carnegie Hall’s Rose Museum, followed by a seated dinner in the Rohatyn Room. The performance commenced at 8pm in the Stern Auditorium with a dessert reception with the artists and surprise guests immediately following the concert. 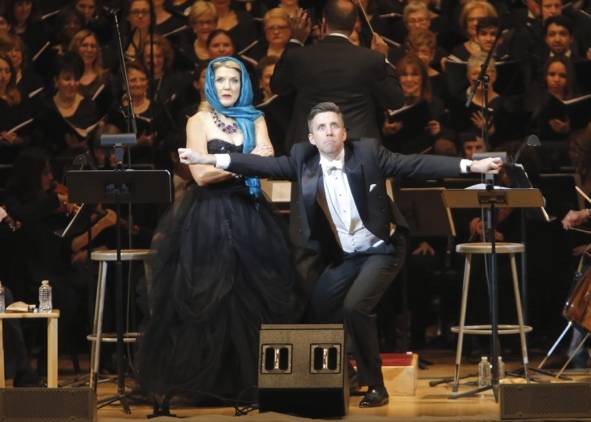 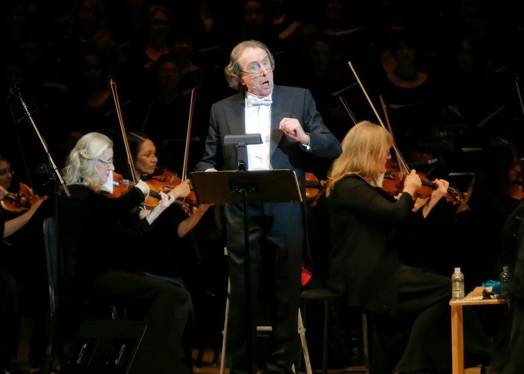 From the creators for the hit Broadway musical Spamalot, Not The Messiah (He’s a Very Naughty Boy) is a comic oratorio based on Monty Python’s movie The Life of Brian. Described by Eric Idle as “Baroque-N-Roll,” Not The Messiah features a lively pastiche of musical styles ranging from pop, country, and Broadway to doo-wop, hip hop, and Greek chorus. Hit songs include “Hail to the Shoe,” “We Love Sheep,” and the audience favorite and sing-along “Always Look on the Bright Side of Life.”

“I’m delighted to be working with Orchestra of St. Luke’s,” said Ted Sperling, artistic director of The Collegiate Chorale. “We have had the pleasure of working together at the Caramoor Festival recently, and I could tell immediately that they started as a chamber music group. The level of care and responsibility that each musician takes in bringing the performance to life is striking, and the way the musicians communicate within the group is more typical of a string quartet than an orchestra. OSL plays with a vitality and sense of style that is a joy for a conductor… the inspiration flows in both directions.”

As I was otherwise engaged, I saw the show on the following night and it was riotous good fun.  I would love to see this filmed for PBS or another network so that it can become a holiday tradition.