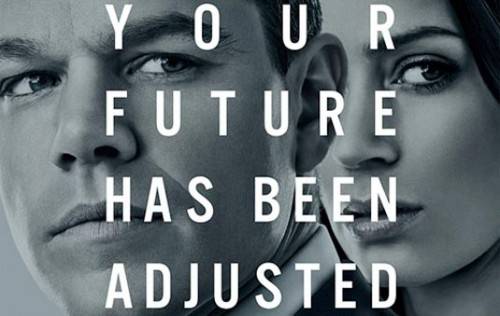 It is very important going in to understand that The Adjustment Bureau is NOT “Inception” or “the Matrix.”  I expected a story, as intricate and amazing as those films, and was sorely disappointed.  More a romance than a sci-fi, it is a shame that the studio didn’t just market it as such, instead of trying to dupe us into thinking it is more than it is.  That said, there are few films more charmingly romantic than this.

Matt Damon plays David Norris, an aspiring politician who meets the beautiful and quirky dancer Elise Sellas, portrayed by the Ali McGraw of our day, Emily Blunt.  The attraction is instant and the pair are perfect for each other.  There is just one problem.  Elise is not in his pre-determined Life plan.  Enter the Adjustment Bureau to restore David’s path to the “Chairman’s” original plan.  Against all odds, David must fight these agents of Fate, if he is to be with the woman he loves.

The chemistry is surprisingly hot between Damon and Blunt and they both turn in winning performances.  But Damon is too cornfed to be a “sex symbol.” I would have rather seen a hotter guy in the lead, like say Damon’s “Ocean’s Eleven” co-star, Brad Pitt which would have made this a romantic classic.  Anthony Mackie is FANTASTIC in his role, as an Adjustment Bureau member, who is sympathetic to the couple’s plight.

New York City serves as a beautiful backdrop for the film.  As a denizen of this great City, it is wonderful to see the filmmakers pay homage to it, instead of trying to convince an audience that Toronto or Vancouver can, in any way, be cinematic substitutions. (Trust me, they can’t!)

This is a thinking person’s sci-fi flick with very few special effects.  While I took some issues with the image of God, as anti-love, the outcome was positive and I ultimately enjoyed this film.  It is a perfect date movie, especially for the newly coupled.

Shecky's Girl's Night Our Gets Bigger and Better!

Get Your Peanut Fix at Nutropolitan Musuem of Art