TGATP Speak Easy, TGATP Wire
September 2, 2012
by That Girl At the Party
0 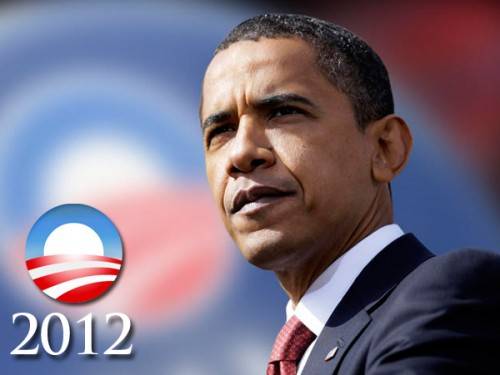 With the announcement this week that Idol judge Randy “Dawg” Jackson, might be demoted to a “mentor”, the once TV juggernaut that was American Idol looks to be done.  EVERY singing show is better than Idol now and “The Voice” is FAR better!   With better talent and better judges, “The Voice” is Idol 2.0.  Hell even “Duets” with that, so sexy it borders on pornographic judge Robin Thicke (who in Season One lasciviously told one contestant, “you’re like a bag of Skittles”) was better.  AI has needed to be cancelled a zillion times.  From when Jennifer Hudson didn’t win her year then went on to win an Oscar, to when Daughtry didn’t win his  season, to when Katherine McPhee didn’t win hers, to when Ellen was brought on, to when Simon left, to when Josh, Ledet didn’t win this season, to Tyler and Lopez exiting, this show has had too many shake-ups.  Jackson and Seacrest are  the last nails in the rickety shelf holding everything up.  Oh I know FOX, it once made you a lot of money and still pulls in viewers.  But what wait until the show has not only jumped the shark, but kicked the bucket and had dirt thrown on the coffin, to pull the plug on what has become a stale franchise?

Ah, the Republican Convention.  I only watched a bit of this dog and pony show as it has a tendency to make me want to put my fist down my throat and vomit!  Are we honestly this stupid as a people that we are contemplating allowing the very people, who got us into the economic mess that Obama is still trying to shovel us out of, back into the White House?  Are people really so stupid that they can’t see that the Republican plan was simply to say “no” to everything, that would in any way improve the economy, just to be able to say Obama did nothing and regain the White House?  Are people, especially women, honestly so dumb that they would allow a party to come in to power that is blatantly anti-women?  Hell, next we’ll be wearing burkas!  And finally are we really, as a Nation, so stupid that we would allow a party that had a delegate so ignorant that he was pelting peanuts at a Black woman and saying “this is how we feed our animals” to return to dominance?  I seriously hope not.  But it my opinion that the country always gets the President it deserves at any given time.  So I vote and hope for the best, which in this case is Obama.  But if the majority is somewhere else, then unfortunately they are.  And why the hell is Clint Eastwood now claiming to be a Republican?  He’s pro-choice, believes in global warning and doing what we can to save the planet.  He is also pro-Gay marriage!

And finally, Black bloggers, in the words of the legendary Nat King Cole, “straighten up and fly right!”  Unfortunately, just like in any field the world of fashion and beauty blogging is rife with a double standard for people of color.  I have attended events where there is a clear bias.  And I’m lucky to be there.  Because often there are no other women of color present at all.  Or there are incidents, like one recent PR holiday preview, where although White attendees were given bags to fill with product at the door, the women of color had to keep asking even for the empty bag!  Just like the racism in all forms of media we, as women of color in the blogging biz, all see it, we all know it, and we all endure and work past it.  Teetotal since 2009, I treat TGATP as a business and wherever I am – a breakfast, a preview, or a cocktail party – I am at work.  I also rarely take people with me anymore, because it is hard to ensure equally professional behavior from others.  Again, it’s work.

So an occurrence at a store preview this week was disturbing on many levels, but particularly because of who was involved.  I was horrified when a Black female attendee started trying to pick a fight for no reason.  I only vaguely know this woman and can’t remember how we met or why I know her, so have no feelings either way about her.  She, however, felt she had some beef and was actually crazy enough to be standing outside yelling my name and saying “Step outside”.  Now I have never been about this kind of stupid and am, about as likely to ever be “stepping outside” with someone, as I am to sprout three heads or vote Republican this November!  In other words, it wasn’t gonna happen!  I am also in a ugly lil’ boot healing from a toe, that got fractured, when a very fat man collided with it on a MTA bus.  So the only solution was to actually call the cops on her.  I was then notified two days later, that this same woman had finally found an outlet for her rage and actually struck another sister at an event the following evening!  The cops were also called to that scene.

Now I am sorry people, but this is just ridiculous and I am writing this in the hope that Black folks, that aren’t already there, will get on their A-game!  At a time when people are struggling all over the world we, as new media, are some of the luckiest, most pampered people on the planet.  How stupid is it for, solely African-Americans, to be acting out like this at work events.  From exclusive events to a jail cell, is really not a look that anyone should be working towards!  Where do these people think we are?  Have they watched so many reality shows, that they actually think they have flown into their TV sets and are on one?  Have they time traveled back to the schoolyard or their “Mean Girl” days in high school?  Have they no sense of history?  Do you think that MLK, Medgar Evers, Fannie Lou Hamer and thousands, hell millions of other Black people, sacrificed their lives so African-Americans could be fighting and showing out at private events?

So a note to these people:  The end result of these, unnecessary and unprofessional shenanigans, will be threefold.  First, you are not on “Basketball Wives” where the fights are agreed upon and scripted.  As a reality producer (my other career), I’ll hip you to a lil’ secret – they get PAID to create that bad image.  YOU, on the other hand will have criminal charges pressed against you, restraining orders filed, and/or suits brought if you threaten or hit someone.  Secondly, no one will want you at their events for fear you will act out.  The PR people at the event I attended were understanding, but naturally horrified that police had to be called.  It looks bad for their relationship with their client, as it insinuates that they didn’t properly vet the crowd.  And thirdly, it reflects badly on the few people of color even allowed at these exclusive events, which was a major concern expressed by the African-Americans I spoke to.  Since this sort of thing is almost never seen played out to this extent, except by a very few African-Americans, the natural inclination will be to lump every African-American into one basket because of one bad apple.  As they screamed at the end of Spike Lee‘s iconic “School Daze” almost 20 years ago, “WAKE UP!”  Ghetto is so passe.  Obama – in other words dignified – is the new Black.

Why don’t you…..meditate on going behind the you, you think you are and feel the real YOU.  See how the world sees you and make the changes you don’t like in what you see.