Entertainment
September 3, 2012
by That Girl At the Party
0 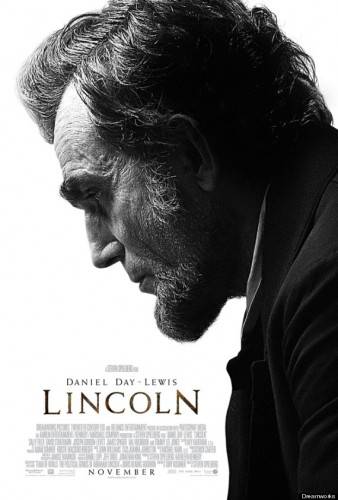 While the summer is always chockfull of fun blockbusters, the fall season is always the best time for great dramatic films.

Here are five films TGATP is excited about this year.

1.  Lawless – Already in theaters, Lawless is the first Oscar-worthy movie of the year!  Recounting the amazing true Life story of the bootlegging Bondurant Brothers during the Prohibition era, Lawless featured amazing performances from all involved.  This is a refreshing take on the classic gangster film as it tells the story from the Appalachian supply end, rather than the city slickin’ streets.  Best Supporting Actor should be a shoo-in for Guy Pearce, who was so snivelling evil I wanted to jump into the screen and pop him myself.  This is the year of Tom Hardy after his turn as Bane in “The Dark Knight Rises,” he is a definite Best Actor candidate for his quiet, yet forceful, turn as Forrest, the eldest Bondurant.  Shia LeBouf is perfect in his first real dramatic role and Jessica Chastain is always great!  I loved this movie so much I plan to pay to see it again!

2. Diana Vreeland: The Eye Has To Travel – This is another film that I am dying to see again! In fact, I will buy this doc when it is released on DVD.  Diana was so much fun and such a genius that you just fall in Love with her.  The stories are hilarious, unique, and describe a Life just full of Joie de Vivre!  The film is a cinematic love letter by her grandaughter-in-law, film’s producer and co-director, Lisa Immordino Vreeland.  One of my favorite Vreeland quotes and my current motto is “There is only one very good Life and that’s the Life, you know you want, and you make it yourself.”  BRAVO TO THAT!

2. Skyfall – (November 9) – After a tumultuous couple of financing years, I am glad to see that the “Bond, James Bond”, franchise is off life support.  When he was cast back in 2006, I thought Daniel Craig was all wrong for Bond.  Short and blonde, I couldn’t see it.  But surprisingly, after his last two outings he has become one of my favorite Bonds for his sheer Steve McQueen-like ruggedness. So I am mad excited to see where this one takes our hero.  When I was a young girl, I wanted to grow up to be a Bond Girl, a Playboy model, or a Rock Groupie but I only managed to do the latter.  So I live vicariously through the assorted lucky actresses that actually tussle with Bond.  This year’s girls are, as usual, an international mix of beauties with French actress Bérénice Marlohe, English starlet Naomie Harris, and Tonia Sotiropoulou.  Javier Bardem is the blonde baddie.  Nobody plays bad better than Bardem, who was one of the evilest f*^*s to ever hit the screen in “No Country For Old Men”!  So this should be interesting!  And the re-introduction of Q this time played by newcomer to the franchise, Ben Whishaw is welcomed as is the return of Dame Judy as M!   I do wish that the missing Miss Monepenny would be brought back.  Although I pray we won’t be subjected to anyone as sexless as Samantha Bond again.  The bloom was well off that vine when she took the role and her desperation seemed real.  Let’s have a truly sexy secretary!

3. The Master – The sheer thought of the dynamic trifecta of Phillip Seymour Hoffman and Joaquin Phoenix in leading roles with Paul W. Anderson directing, is music to my cinematic ears!  All are virtual masters of their crafts and this is sure to be Oscar worthy.  Based on the early days of  L. Ron Hubbard’s Scientology, it is the story of a cult leader and a former sailor, who falls under the Svengali’s spell, in his quest for meaning in the hard times that were post World War II America.  I see another Oscar contender in Phoenix for his portrayal of the sailor desperately seeking anything to believe in his post traumatic syndrome suffering Life!

5. Smashed – Mary Elizabeth Winstead plays Kate, a recovering alcoholic in this dramedy about a wife who decides to get sober although drinking is at the foundation of her marriage.  This is a story close to my heart.  I was a highly functioning alcoholic for more than 20 years and have been sober for 2 and a half.  I, like everyone I know, met the vast majority of my menagerie of mismatches at bars or parties.  Now teetotal, I often ask myself, “What was I thinking?” about most of these exes.  And now I watch as a whole procession of people guzzle cheap wine and champagne at events and make alcohol-fueled decisions, that their sober shelves probably wouldn’t.  What I see is often not pretty but just three years ago, it was me too.  When I watched Kate’s speech in the above clip, I could so relate.  What gal doesn’t enjoy her after work cocktails?  And who doesn’t regularly get “smashed” on the weekends?  We treat alcoholism as the norm.  People on the NY jet set are bingeing nightly!  One blogger, who was an alcoholic four years ago when I met her, can still be spotted getting ripped and staggering around.  Chile’ is gonna need a liver transplant at 35!  Fortunately, starting TGATP and being out with free booze day and night did the opposite for me.  Towards the end of my habit, I was not getting in that tropical island mood.  I was just getting sick, very sick.  It was almost like God did aversion therapy without me having to take Antabuse.  Thus, it was easier for me to quit ’cause I got sick and tired of feeling sick and tired and going through the withdrawal process that is a hangover.  Yes, Ladies and Gents, just like if your were a heroin addict jonesing for a fix, those nasty hangovers are your body going through physical withdrawal jonseing for more alcohol.  There is no difference.  That knowledge, imparted by a very wise man, literally saved my Life!  I haven’t had a drink since he said that to me.

On American Idol, The Republican Convention, and Dueling Black Bloggers