TGATP Speak Easy, TGATP Supports
December 9, 2014
by That Girl At the Party
0 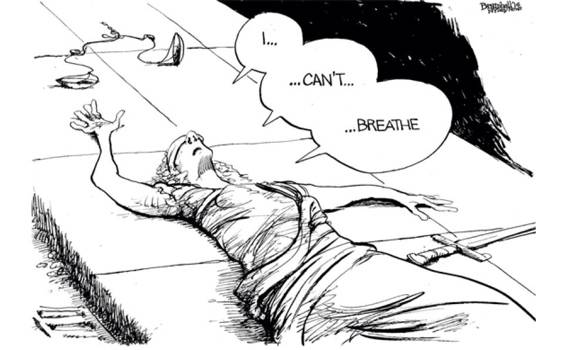 In another lifetime within this one, I was an activist fighting for the freedom of political prisoners, like Mumia Abu-Jamal and Leonard Peltier, wrongly convicted Mexican immigrant Rosa Estella Jiminez and other innocents stuck in the bowels of the American justice system.  For five years, my whole Life was movement.  I marched, gave speeches, made films, and totally committed my Life to these causes.  It was a very fulfilling, yet angry time.

But then right in the middle of all the shouting, I evolved spiritually.  I watched “The Secret” and was struck by the statement from Mother Theresa that she would not attend an “anti-war rally” but should the organizers want her to participate in a “pro-peace” one, she would gladly comply.  This hit me very deeply.  I saw that anger vs. anger just escalates hatred.  Plus, all the same isms – racism, sexism – that many activists are fighting against are emulated in their so-called movements.  So I drifted away.  With two businesses to run and a foundation to launch, my revolution is more business oriented now.

But a recent incident of internet defamation and cyberbullying by a Facebook group, I was once very active in, forced me to reassess everyone and everything that matters to me. How had my Life become intertwined with these sort of people? Where were the great thinkers and innovators, I used to know back when I was an activist? I was in the middle of processing it all, when the verdict came in on the Eric Garner case. The news left me a sobbing mess and hurt to my very Soul.

It’s been nearly eight years since my last protest march and my last speech.  However, the recent murders of innocent Black men and boys by the police all over the country has reawakened my activist spirit. The cases are numerous: Eric Garner choked to death ON VIDEO, Michael Brown shot with his hands up, Tamar Rice, a twelve-year old boy with a BB gun mistaken for a 24-year old with a gun, Akai Gurley, just leaving his girlfriend’s house – all these men and boys were Black, murdered by White police, and their families have seen no justice. This has got to stop.

If we are at a place in this country, whereby a police officer can MURDER a man, who is minding his own business on the sidewalk – he was NOT selling cigarettes when the police harassed him that day! –  ON VIDEO for ALL THE WORLD TO CLEARLY SEE and still get away with it, then we might as well tear up our Constitution and throw out all our laws!  I plan to join the protests in NY this weekend.  And every American of conscience, needs to take to the streets, as well.  In the words of Urban League President, Marc Morial, “It is time for forceful change.” PERIOD.

TODAY is Green Monday At #TheBodyShop