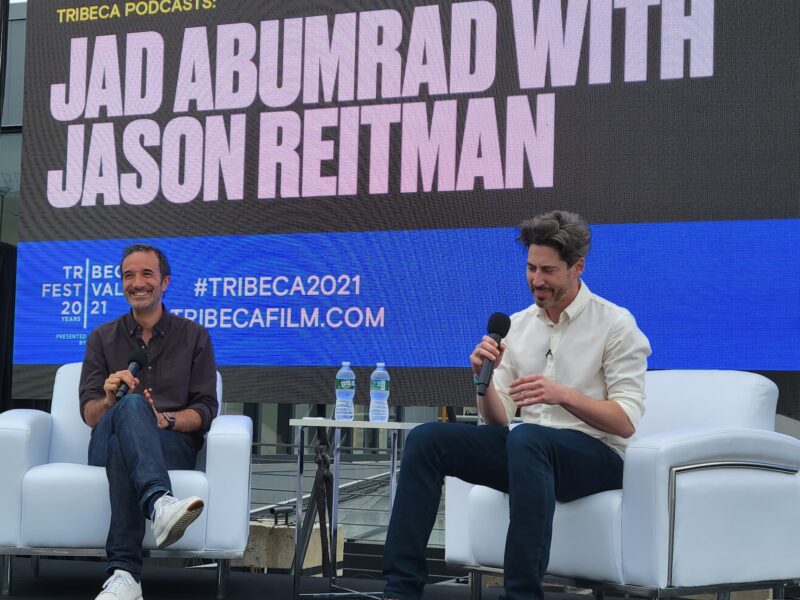 Musician and cultural icon A$AP Rocky attended the premiere of his film Stockholm Syndrome at The Battery on the fifth day, alongside the producers Matthew Perniciaro and Michael Sherman and executive producers Tim Lee, Mimi Rode and Osita Onugha. Also seen on the carpet was A$AP Twelvvy, Kelsey Oluk, and Kathryn Robson. A$AP Ferg was also in attendance for the premiere screening. “Stockholm Syndrome” explores A$AP Rocky’s life and career while fighting for his freedom after being arrested in Stockholm, Sweden and placed in solitary confinement.

For the Animated Shorts program curated by Whoopi Goldberg, Tribeca Festival’s co-founder Jane Rosenthal introduced Whoopi and thanked her for being with the festival from the start and shared a photo of them from their first festival together. Whoopi said, “these films gave us all what we needed. They gave us hope, humor, love and understanding. Pardon my French if there are little kids out here in the audience, but shit happens. And it happened. And these films captured that.” Director, writer, producer, Tyler Riggs shared a heartfelt story for the introduction of his short film, God’s Waiting Room, that 12 years ago this year he and his wife had their first date at the Empire State Building, he looked back on the city and was amazed by its rebirth – this film is about the will to rise out of pain like we have been doing this year.

On the rooftop at Spring Studios, RadioLab co-host Jad Abumrad was joined by filmmaker Jason Reitman for their Tribeca Talks on podcasts. Jad shared several anecdotes. When asked by Reitman when it comes to podcasts “Is it the story? Or how do you want to tell it?” Jad replied with “it was how I wanted to tell it and then it became a story.” Jad then advised the audience how to bring in new podcast listeners: word of mouth and people recommending podcasts, rather than press and marketing hits, is key to pushing and reaching different audiences.