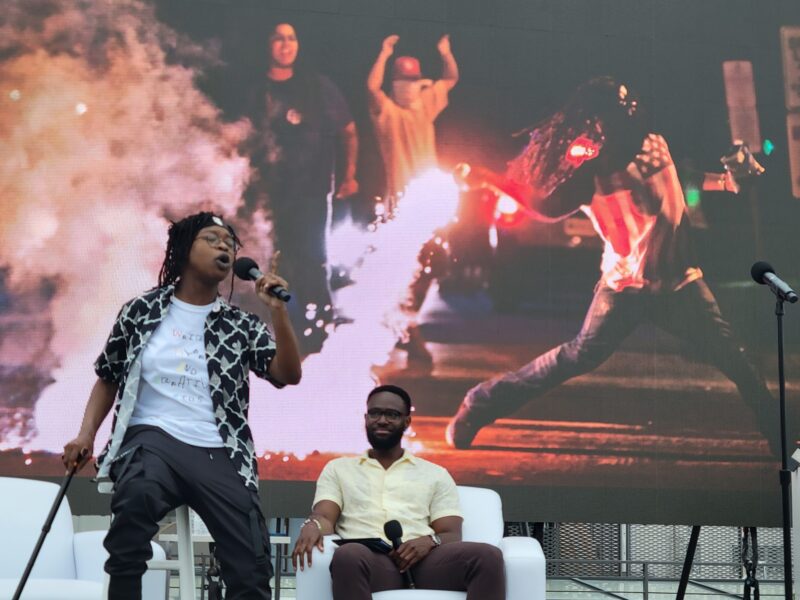 On day four of the festival, legendary chef Wolfgang Puck and acclaimed filmmaker and Tribeca alum David Gelb (Jiro Dreams of Sushi, Chef’s Table) attended the world premiere of their documentary, Wolfgang with supportive friends and family alongside them on the carpet, including Tribeca Executive Vice President Paula Weinstein. With Gelb’s wealth of archival material of the chef and mouth-watering food shots, the audience was left hungry. The documentary begins streaming on Disney Plus on June 25.

Amy Schumer and Emily Ratajkowski participated in a Storyteller’s conversation discussing their friendship, motherhood, activism and going back to work.

Saidu Tejan-Thomas Jr. and guests hosted a special live recording of a Fuck Your Water Fountain episode from Resistance, a widely acclaimed narrative nonfiction podcast from Gimlet Media and Spotify. This segment on the podcast celebrates little known stories of historical resistance. The event included a musical performance by Ivy Sole, a poetry reading by Dominique Christina, and a stand-up set from Elsa Waithe.

At the Rockaway Beach 30th Street Playground in Queens, Tribeca’s borough-to-borough cinema screened Moana, Stateless, and The Host. Over in the Bronx at Van Courtland, the mobile cinema featured Pacified and the 2020 NOW Lost and Found.