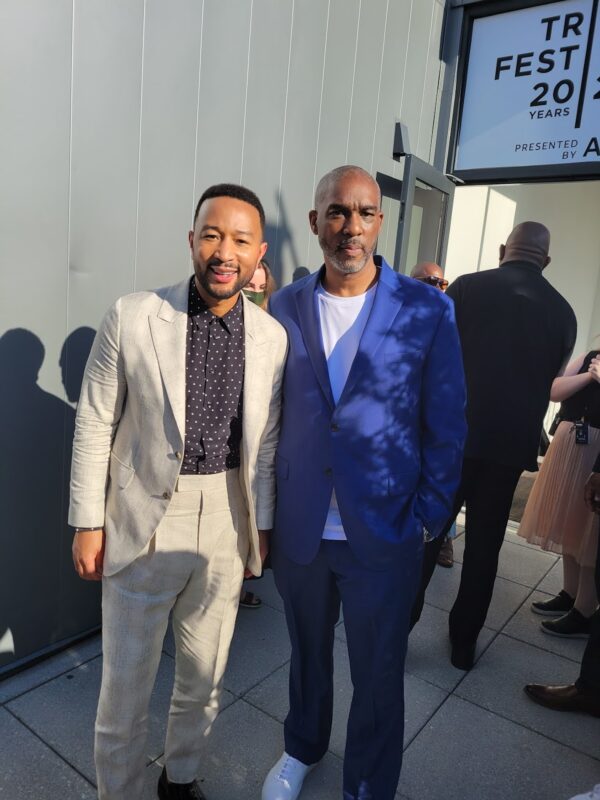 Emmy/Grammy/Oscar/Tony Award-winner John Legend attended two events at the second day of the Festival, including Storytellers: John Legend and Mike Jackson, a panel with his Get Lifted Film Co. co-lead Mike Jackson at Spring Studios. During the conversation, Legend noted that when it comes to filmmaking, “I bring my sensibility and my taste…I have a strong sense of who I am as a person and what I want my brand to represent.” He also revealed that, especially in documentary filmmaking, he likes being able to enter into people’s worlds to humanize them to show that their lives are valuable. Emmy Award-winning producer Jackson spoke to Legend’s hands-on involvement in the production process, and said when choosing projects for Get Lifted, he employs the “mic test,” meaning he needs to be able to imagine John speaking about it during an interview. Later in the evening, Legend introduced the documentary he executive produced, Legend of the Underground (HBO) at the film’s premiere.

Musicians D’Angelo and Rhiannon Giddens performed the Red Dead Redemption 2 soundtrack alongside Daniel Lanois, the original soundtrack producer of the 2018 Game of the Year’s soundtrack. This show marks the first live show in New York City to showcase tracks from the Red Dead Redemption 2 soundtrack, along with the first time ever that American soul and R&B artist, D’Angelo joined Lanois and Rhiannon together to perform these songs live.