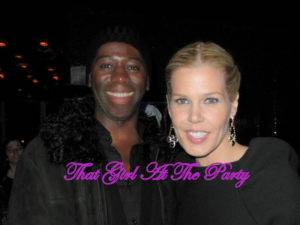 Thank God, that the Sundance Channel had the smarts to revive the Full Frontal Fashion franchise turning it into a mixture of TV and web content.  I always loved the original show and it is great to have a number of shows under the Full Frontal umbrella!  Thus, I was delighted to be invited back to The Standard rooftop for the launch party of Sundance Channel/Full Frontal Fashion’s Catwalk Countdown.  Catwalk Countdown offers an inside look into ten different design studios with interviews that reveal the inspiration for each new collection.

It felt a bit like I was staying at the hotel to be back to the same exact spot for a second night in a row!  Unfortunately, no sighting of that raging hunk of manhood, Andre Balazs last night.  But got my fix at the Hope Help Haiti Relief Party the night before!  He’s just so talented, fine, and such a sweetie!  And he always greets TGATP very warmly. 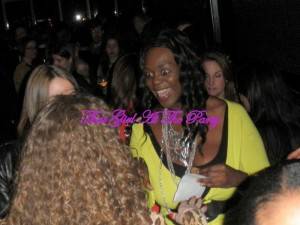 Speaking of sweeties, Mary Alice Stevenson is just the best.  She saved me from the clutches of Sarah Jay Weiss of Star Trak, a crazed blonde dwarf of a papanazi at the event!  The skinny:  I spotted Mary with Miss J and went to catch a shot when this jerk Sara jumped in front of me and  pushed me out of the way, to steal the shot I had set up!  When I asked her to let me get my shot, she continued pushing and started yelling slanderous lies about me!  I have seen this woman before but have never interacted with her and she certainly has no idea who I am!   This was so wholly unnecessary as Mary and Miss J were graciously posing for everyone who asked, including the guests.  But this lady is a known koo-koo among photographers.  (It was, in fact one of them that gave me her name.) She is mad lazy and seems to be asleep at the wheel, as she waits till someone else is shooting then rudely shoves them out of the way to get “her shot”, while loudly flinging insults and proclaiming to be “working!”  Fortunately, the PR people intervened and Mary was sweet enough to even ask me if I had the shots of her I needed.  Later, the other major photographer in the house, relayed that the same ill-mannered woman had also shoved him earlier in the night!  According to him, she was hired by the PR company.  Hopefully, it will be her last gig with them as her behavior is just embarrassing for both the other people covering an event and the stars we are photographing.  I, honestly, don’t know why she doesn’t see that this just makes her look bad.  On top of it, she is a nobody!  I have shot next to some truly amazing photogs, like Patrick McMullan and Bill Cunningham, and they are the nicest guys and always respect the other people covering an event!