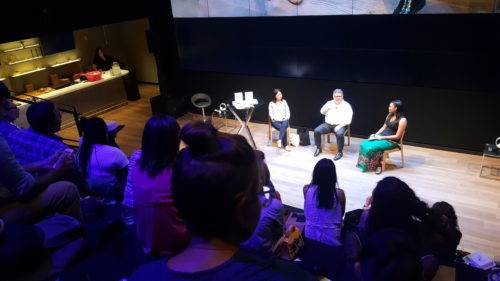 Samsung is giving a new meaning to the traditional summer internship. Hosted at Samsung 837, with the support of the Meatpacking Business Improvement District, the Mini-Internship program is an open forum for high school and college students to connect with some of the best industry leaders from a variety of fields. Speakers will share their personal stories of their journeys to success, lessons they learned along the way and advice they have for career-minded students.

The program, with support of the Meatpacking Business Improvement District, aims to help local students bolster their career preparation by offering a fun, alternative way they can get an interactive and informative experience. Speakers from a variety of fields will share their personal stories of their journeys to success, lessons they learned along the way and advice they have for young people. In an open forum, students will be encouraged to ask questions and engage in discussion. They will also hear from Samsung executives. Students, who attend all sessions of the speaker series, will receive a certificate from Samsung Electronics America to show they took part in a career preparation program. While designed for students, the program has also attracted career changing adults.

The importance of internships cannot be understestimated. According to the National Association of Colleges and Employers, 57 percent of students from the class of 2015, who participated in an internship or cooperative education program, received at least one job offer by April 2015. Only 37 percent of students, who did not participate in an internship or co-op, received at least one job offer.  Internships can provide students with invaluable work experience, as well as, access to industry leaders.

“We’re very excited about what we’ve seen so far with the Samsung Mini-Internship program. Giving students the opportunity to hear stories of success and life lessons directly from leaders across a variety of industries is a vital step toward helping them achieve their own goals. Whether a student aspires to be a chef, an artist or a corporate leader, it’s important that they are equipped with the tools they need to help them gain a competitive edge in today’s workforce. The Mini-Internship program has been an eye-opening experience, not just for the students in attendance, but for anyone looking to get ahead in their career.” states Ann Woo with Samsung Corporate Citizenship and Reputation. 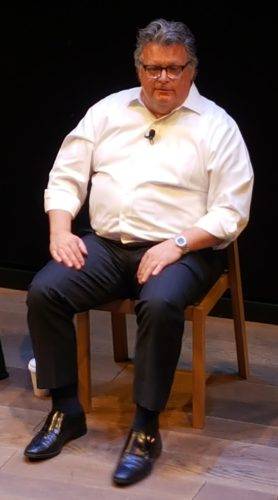 Attending students and other guests will be encouraged to ask questions and engage in discussion. Beyond the tech world, the series will feature professionals including: Academy Award-winning director Ang Lee, Iron Chef David Burke and NBC’s Today show host Billy Bush. Speakers will share their personal stories of their journeys to success, lessons they learned along the way, and advice they have for young people.

The speaker series will be held every Wednesday through August 31, from 12 p.m. to 1:30 p.m at Samsung 837 located at 837 Washington St. in New York, NY. Open to the public, reservation preference will be given to members of Samsung’s partner organizations like Boys & Girls Clubs of America and the Children’s Aid Society.

The remaining speakers are:

Ang Lee – August 17th
Ang Lee is an Academy Award-winning director, producer and screenwriter whose films include Crouching Tiger, Hidden Dragon and Brokeback Mountain. He attended the National Taiwan College of Arts and then traveled to the United States, where he studied at the University of Illinois and NYU. Lee’s directorial debut was Pushing Hands in 1992. Later films include Sense and Sensibility and Crouching Tiger, Hidden Dragon. In 2006, Lee became the first Asian to win an Academy Award for best director, for the film Brokeback Mountain.

Billy Bush – August 24th
Billy Bush is an American radio and television host. He hosts The Billy Bush Show, a nationally syndicated radio show that airs throughout the U.S. through Dial Global.

Gonzalo Casals – August 31st
Gonzalo is the Vice President of Programs and Community Engagement for the High Line. For the last decade, Gonzalo Casals, an aspiring ‘neighborhoodist’, has been exploring cultural production as a vehicle to foster empowerment, social capital, civic participation and community development.

He holds a masters in Architecture and Design, (Universidad de Belgrano), an MA in Art History and Museum Studies (CCNY, CUNY), and he is currently working towards a degree on Urban Affairs (Hunter College, CUNY).

Lauren Danziger – August 31st
Lauren is Executive Director of the Meatpacking Industry Alliance. She is responsible for spearheading the organizations’ overall strategy, fundraising and marketing initiatives, as well as overseeing the public realm operations.

As the founding ED of the MPIA, and the project manager of the effort to form the BID, she has grown the organization from a start-up to a thriving and impactful neighborhood non-profit. Lauren holds a degree from Cornell University in public policy and has more than 14 years of marketing and events experience, and nearly 7 years of economic development and small business expertise.

Zach Overton – August 31st
Zach Overton, vice president and general manager of Samsung 837 Washington, is a strategic professional, known for developing creative marketing initiatives and innovative partnerships. As VP/GM, his focus is on launching 837 Washington, the world’s first consumer technology playground and cultural hub, and sustaining it through robust, immersive programming. He leads the development, design and user experience of this carefully curated space to ensure that it embodies a connected way of life to underscore the positive impact that Samsung’s ecosystem of products can have on everyday life.

Prior to joining Samsung, Zach served as the chief operating offer of (RED) where he developed innovative partnerships including a collaboration with his former employer Gilt Groupe, as well as campaigns including EAT (RED) SAVE LIVES. He served as general manager of the innovative luxury ecommerce company as they launched their local experiences and services division, Gilt City, and conceived and built their entertainment division through strategic partnerships with industry leaders including Ticketmaster, Lady Gaga, Cirque du Soleil, and many more.

Samsung Galaxy S8 Is The Phone To Beat